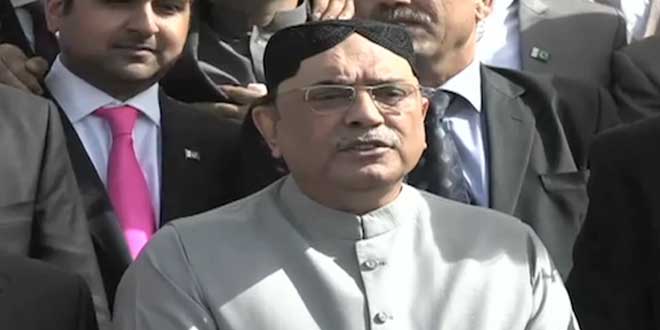 PRIOR TO LEAVING FOR DUBAI

KARACHI: Former President and Pakistan People’s Party (PPP) Co-Chairman Asif Ali Zardari again visited the National Institute of Cardiovascular Diseases (NICVD) yesterday where he met his close aide and PPP Karachi President Dr Asim Hussain and inquired about his health. It was the fourth meeting within a month’s time between the two leaders since the former president returned to Pakistan after 18 months on December 23, 2016.. In October, former petroleum minister Dr Asim suffered a paralytic attack and was admitted to the JPMC. He was shifted to the NICVD after his health deteriorated on December 19, 2016. Immediately after the meeting, Asif Zardari flew off to Dubai. The former president would reach US on 17th January as he is invited to attend the oath-taking ceremony of US President Donald Trump to be held on Jan 20.