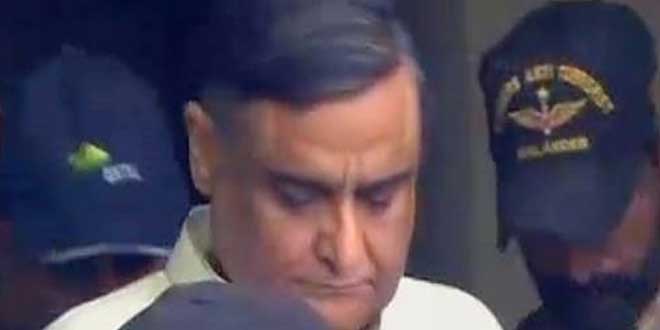 KARACHI: The Accountability Court IV in the National Accountability Bureau (NAB) Reference against former petroleum minister Dr Asim Hussain and others has fixed the next date for hearing on 21 January. The cross examining of evidence of Mohammad Naveed, Manager of Wall Street Money Changers, is to be held and application for amendment in charges to be considered on next date. Acquittal application of Athar Hussain would also be heard. Accused Athar Hussain is former DO L and Management, City District Government Karachi. The other NAB Reference No. 19/2016 of JJVL against former petroleum minister Dr Asim Hussain & others adjourned to 28/01/2017 due to sad demise of Zahid Bakhtiyar, former General Manager OGDCL, one of the accused in the reference. It is pertinent to mention here that he was suffering from cancer. His earlier application for exemption from his appearance in trial proceedings due to his health condition was dismissed by the trial court and he died. In the next date further it is fixed that an application under section 265-C Cr. P. C (Criminal Procedure Code) filed by Advocate Anwer Mansoor would be heard by the court.