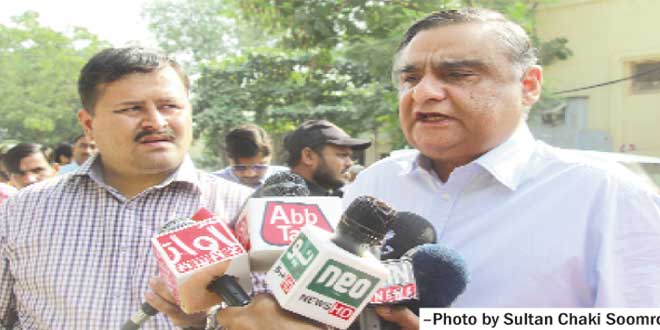 DOORS OF PAKISTAN PEOPLES PARTY OPEN FOR ALL

KARACHI: President, Pakistan People’s Party, Karachi division, Dr.Asim Hussain has said yesterday that the doors of PPP are open for all and sundry. This he said while talking to the media persons at the accountability court. Moreover, Dr.Asim said that PPP leadership is having several discussions with other leaders too and disclosed that many MQM workers and leaders have contacted and will soon join PPP. He also said that Pakistan People’s Party, Co-chairman Asif Ali Zardari has also said in a meeting a couple of days ago that after getting victory in next general elections, Karachi issues will be put on priority and a huge amount will be allocated for its development. People who think that Pakistan will be destroyed, they are living in a fool’s paradise, he said and added that people of Karachi should not think at all that they have been left secluded, we are standing with them, and they don’t need to be perturbed in any case. Nawaz Sharif always says ‘Mujhay q nikala’ and he is highly engrossed in scuffle with the judiciary and army, even though he has no right to do so’, he further added.

327 thoughts on “We stand with people of Karachi: Dr Asim”