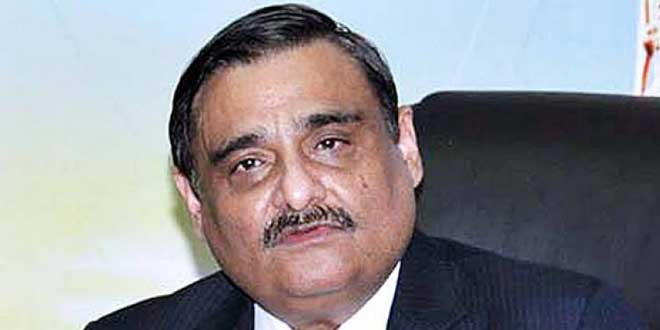 KARACHI: The Sindh High Court bench comprising Justice Syed Muhammad Farooq Shah and Justice Muhammad Karim Khan Agha has reserved the judgement on two bail applications filed by Dr Asim Hussain, former petroleum minister and the head of Higher Education Commission. According to details, the initial hearing of bail application filed by Dr Asim Hussain was held on Tuesday and the matter continued yesterday against the bail application No. CP-1696/2016 filed by Advocate Anwer Mansoor Khan U/S 426, Cr.P.C. Before starting the proceedings, the bench inquired whether the other application fixed for hearing on 24th January was also based on the same grounds. The attorney for Dr Asim Hussain for the other bail application No. CP-7597/2015 Amir Raza Naqvi confirmed that the medical grounds and the documents on record were same in both the pleas. Hence, the bench decided to hear both bail applications jointly and ordered to bring the file of CP-7597/2015 and resumed the hearing after an hour. During the hearing, the applicant’s counsel pointed out that CP-7597/2015 was filed for bail against the NAB reference No. 13/2016, and CP-1696/2016 was filed against NAB reference No. 19/2016, both pending with the Accountability Court since long. The bench was also informed that there was a case filed in Anti-terrorism Court (ATC) against Dr Asim Hussain and others, in which the Sindh High Court division bench had already accepted the bail for Dr Asim on same medical grounds. Anwer Mansoor Khan Advocate, counsel for Dr Asim Hussain, argued that his client was seriously suffering from increased heart disease under jail custody and he is admitted to the National Institute of Cardio Vascular Diseases (NICVD). He was under observations in the Coronary Care Unit (CCU). He further submitted that Dr Asim had also suffered transient paralysis attack in the sub-jail of JPMC. He was seeking bail on medical grounds as he was suffering from acute lumbar region pain. His lumber disc replacement is not possible in government run hospitals and all his medical examination reports were presented before the court. The counsel further stated that all the major hospitals in the city do not possess the facility of lumber disc replacement and so he may be released on bail as his treatment was not possible in jail custody. “My client’s health conditions are deteriorating with every passing day.”