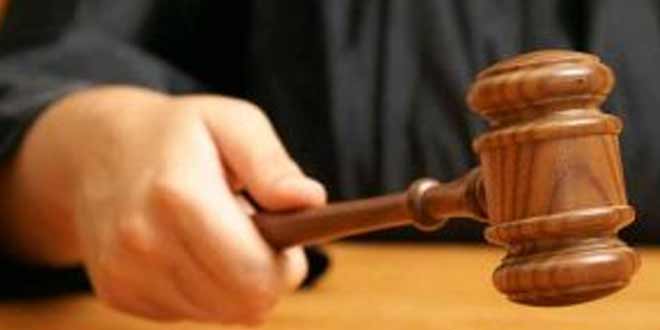 REJECTION OF AMENDMENT IN NAB ORDINANCE BY SENATE

KARACHI: “The terms of NAB reference instead of Challan is not proper. Thus the right of bail should not be denied by the Accountability Court,” Hashmat Habib Advocate, President Tehreek e Tahafuz e Adlia said this while talking to daily National Courier and commenting on rejection of amendment in NAB ordinance by the Senate. He said “If really Say No to Corruption is a motto of NAB then law is required to be revisited to make it effective instead of causing terror”. Voluntary Return and Plea Bargain with approval of court should remain in cases of fraud with public at large but the official should not be given such way out. Hashmat Habib said the standard procedure of operation should be amended in line with criminal procedure code. After verification of the complaint a proper FIR should be registered to commence investigation. The provision of inquiry in NAB & FIA be omitted otherwise the doors of corruption will be more widened and never closed. It may be mentioned here that the amendment in NAB ordinance was rejected with majority in Senate. A resolution to reject new NAB ordinance was accepted with majority votes in the Upper House. According to the recently passed amendment in NAB ordinance, authority of NAB chairman of plea bargain was put to an end. Moreover, anyone allowing plea bargain was to be made ineligible for life. The resolution was presented by opposition’s 38 senators. 33 senators voted in favor of the resolution while 21 senators voted against it.

276 thoughts on “Right of bail cannot be denied: Law expert”