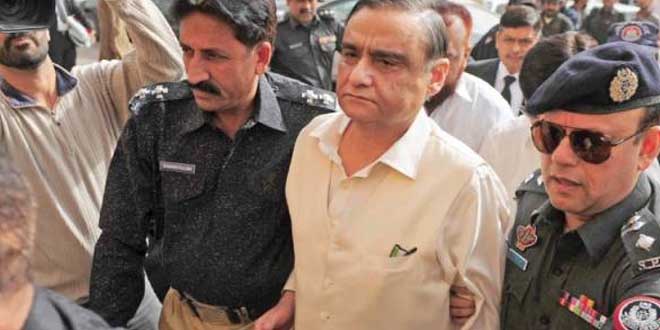 KARACHI: The Sindh High Court (SHC) yesterday dismissed an application filed by Dr Asim Hussain, seeking urgent hearing of his bail plea against the order of the ATC. A SHC bench headed by Justice Muhammad Ali Mazhar, dismissed the application observing that the matter was already fixed for November 01, 2016. Besides Dr Asim, the court will take up the bail pleas of MQM Rauf Siddqui, Pak Sarzameen Party (PSP) President Anees Qaimkhani and Pasban’s Usman Moazzam on November 1. Dr Asim was arrested on 26 August 2015 by the Sindh Rangers. He was detained for 90 days and was handed over to police in November 2015 after the registration of FIR, whereas, Waseem Akhtar, Rauf Siddiqui, and Anees Qaimkhani were arrested in July 2016 within the premises of Anti-Terrorism Court after their interim bails were cancelled by the judge, who ordered their arrest. Moreover, on 17th October, a division bench of Sindh High Court refused the hearing of former petroleum minister Dr Asim Hussain’s bail plea. It was the 13th instance during past four months when lawyers of Dr. Asim Hussain returned unheard against the order of Anti-Terrorism Court (ATC). Furthermore, Dr. Asim Hussain, former petroleum minister, yesterday suffered transient paralysis attack in the sub-jail of JPMC where doctors took him for an emergency checkup. He underwent an MRI and CT Scan tests.