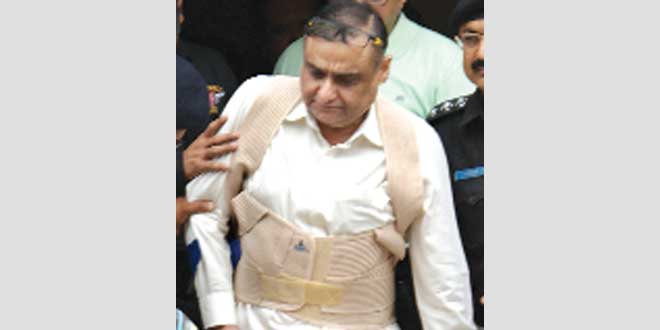 Karachi: Dr. Asim Hussain, former petroleum minister suffered transient paralysis attack on Friday in the sub-jail of JPMC where doctors took him for an emergency checkup. He underwent an MRI and CT Scan tests. He was currently under observation of Jinnah Hospital doctors. According to Dr Javed Jamali, Director JPMC, the attack may be the result of high blood pressure and excessive tension. The doctors advised him complete rest, while the family members of Dr Asim Hussain requested the friends and well-wishers to pray for his health. It may be mentioned here that Dr Asim Hussain was detained by the paramilitary Rangers on August 26, 2015. He, along with 27 others, had been accused of facilitating terrorism by providing treatment to terrorists – militants working for political and religious groups – who were injured in shootouts with the law enforcers or with rival groups. After spending 90 days in the custody of paramilitary Rangers, he was handed over to the Karachi police for further interrogation. The police, however, relieved him of the charges and got him released, sparking a tussle between the federal and provincial governments. However, even after lapse of 14 months in detention, the prosecution miserably failed in proving any single allegation against him while on the other hand he is fighting to have justice and his due basic right of release on bail.