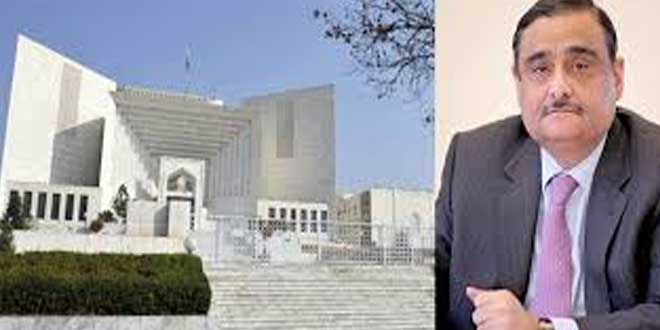 ISLAMABAD: The Supreme Court (SC) of Pakistan yesterday sought a reply from the Interior Ministry about placing Dr Asim Hussain’s name on the Exit Control List (ECL). The three-member bench, headed by Justice Ejaz Afzal Khan, was hearing Dr Asim’s plea seeking removal of his name from the ECL to travel abroad for medical treatment. During the court proceeding, Justice Ejaz Afzal observed that nine medical boards had been formed to Dr. Asim’s illness and each diagnosed a different disease and its subsequent cure abroad. To which, Dr Asim’s counsel Latif Khosa apprised the bench that the doctors have recommended ‘artificial spinal disc replacement’ to his client since he has been suffering from back ailment. Hearing the arguments, the bench asserted that it wanted to know the interior ministry’s stance on the matter while seeking a report from the ministry within a week. Khosa contended before the bench that the ministry had no reservations on other accused in the references for traveling abroad other than his client. The bench asked about the interior ministry’s criteria of placing names of accused on the ECL while adjourning the hearing till next week. Dr Asim, a close aide of former president Asif Ali Zardari, had petitioned the apex court to have his passport back and travel restrictions removed so that he could undergo disc replacement surgery in London as the treatment of such an ailment was not possible in Pakistan.