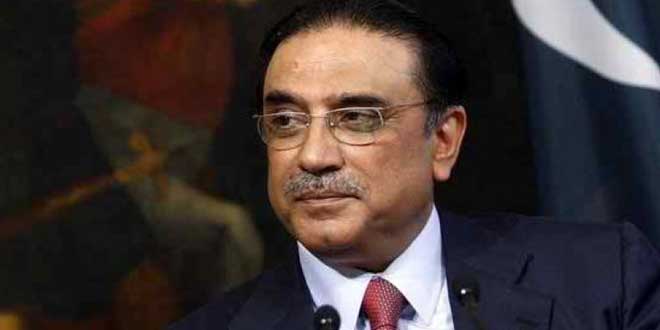 KARACHI: Pakistan People’s Party is the only party of the country which has always being subjected to accountability. PPP Co-chairman Asif Ali Zardari said this yesterday while talking to private TV channel. He said Dr Asim is being victimized for no reason at all. “He (Dr Asim) is being denied to medical treatment. He is not a personality who could escape. He is not an owner of a petty shop in Liaquatabad locality but owner of big hospitals. Besides this, his family is among founders of Pakistan. “ The PPP leader was of the view that only friends of PPP and its ministers are subjected to accountability. To a question that PML-N leaders and spokesmen were criticising PPP over bail granted to Dr Asim Hussain, Zardari said that it was an attempt to divert attention of people from PML-N’s wrongdoings. He said corruption of PML-N is being unearthed now, adding that Sharjeel Memon and others are being victimised by the interior minister.