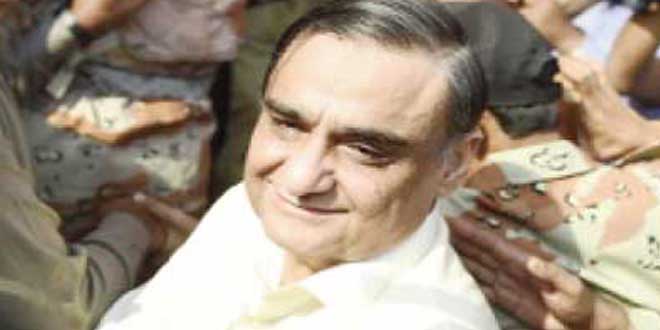 APEX COURT ALLOWS HIM TO TRAVEL ABROAD FOR MEDICAL TREATMENT

From Wasim Kambo and Nasir Mahmood

ISLAMABAD: The Supreme Court has ordered the Interior Ministry to remove the name of ex-federal minister and currently President Pakistan People’s Party, Karachi Division, Dr Asim Hussain from the Exit Control List allowing him to travel abroad for a month to undergo medical treatment. Reading out its decision, the apex court said that r Asim was treated discriminately when his name was put on the ECL. “Religion and the Constitution call for the complete protection of human life,” the court said. “NAB’s conduct was unfair,” the bench said. During the hearing, Justice Dost told Dr Asim’s counsel that the court have no record of Dr Asim’s illnesses.  When asked about the charges against his client, Dr Asim’s Counsel Khosa told the court that Asim had been accused of providing treatment to members of banned outfits at his hospital at the behest of MQM.   Justice Qazi Faez Isa, a member of the bench, questioned Khosa on what he meant by that the term banned outfits.  “Even the interior ministry has been in contact with banned outfits,” Justice Isa remarked. “Did members of the Taliban receive treatment at Dr Asim’s hospital or members of the LashkariJhangvi?”, he asked. The bench was also critical of the NAB, accusing the bureau of making decisions based on personal preferences. Expressing displeasure, the court observed that Dr Asim was discriminately treated by the NAB.   A threemember bench of the apex court headed by Justice Dost Muhammad Khan heard the case filed by Dr Asim Hussain seeking removal of his name from the ECL.    Asim was placed on the ECL in November 2015. He subsequently petitioned the courts to have his name removed from the ECL.   The court ordered the FIA, the Interior Ministry, immigration and other government institutions to remove Dr Asim’s name from the ECL against a surety of Rs 6 million to be submitted in the trial court. According to the decision, the trial will continue in Dr Asim Hussain’s absence. The Sindh High Court would return the passport of Dr Asim Hussain after receiving Supreme Court instructions. Dr Asim is likely to leave for his treatment abroad after the Eidul Azha holidays, it is learnt here.