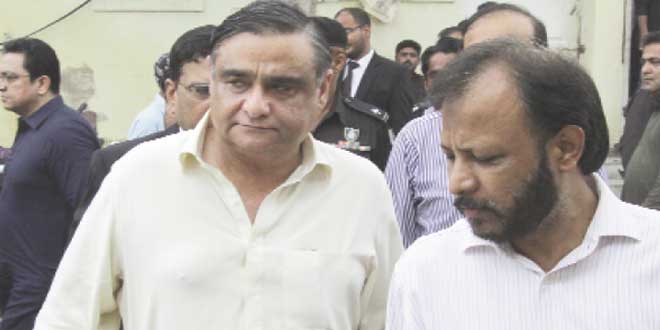 KARACHI: President, PPP, Karachi Dr Asim Hussain, while condemning Donald Trump’s statement, said that Pakistan has suffered more financial losses and sacrificed more lives than the Americans in war against terror. He was replying to the queries from media members outside the accountability court yesterday. The court announced the next date of hearing as 9th September in NAB reference No. 19/2016 and 12th September in reference No. 13/2016. Dr Asim further stated that even then we are standing strong by the grace of Almighty Allah and due to well-trained army to protect our borders, otherwise, our neighbour is very much hostile and we are being sandwiched due to failure of Nawaz Sharif government for not having a regular foreign minister. “In my opinion Trump’s statement is in connivance with Nawaz Sharif who wants to pressurise Pakistan.” To a question about differences with MQM, Dr Asim said we want to have good working relations with MQM. “I don’t know about any instructions to Malik Riaz by Co-Chairman Asif Zardari for indulging in Karachi affairs. “I am great supporter of bringing MQM to mainstream politics”, he said. Commenting on PTI’s Sukkur public meeting, he said politics not a cricket match. “We will see him when election comes. People have seen the result of PS 114 by-elections where PTI candidate failed to get votes, he was rejected by Karachiites. This is not the city of illiterates.” Regarding Reko Diq case, Dr Asim disclosed that international arbitration has announced $11 billion penalty on Pakistan. “In total fifteen billion dollars is to be paid by Pakistan Government. During my ministry I had advised the Balochistan government to decide this matter out of court but they did not accept it.”