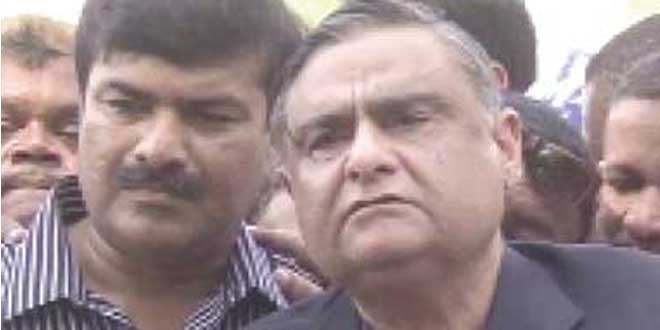 ‘WAR AGAINST INSTITUTIONS TO BE DEALT WITH’

Speaking to journalists upon his return from London, Dr Asim called Nawaz a circus-master who is toying with Pakistan’s institutions.

“We will end the war he is waging against the army and the judiciary,” Dr Asim said.

He also dismissed speculation that he is considering leaving the PPP, saying that his party will win the next election with an overwhelming majority.

To another question he said Parliament will decide whether to introduce  National Reconciliation Ordinance (NRO) in the cases of former prime minister Nawaz Sharif. The former petroleum minister added that the Sharif brothers – including Chief Minister of Punjab Shehbaz Sharif rushes to Saudi Arabia to ask forgiveness for their “sins”.