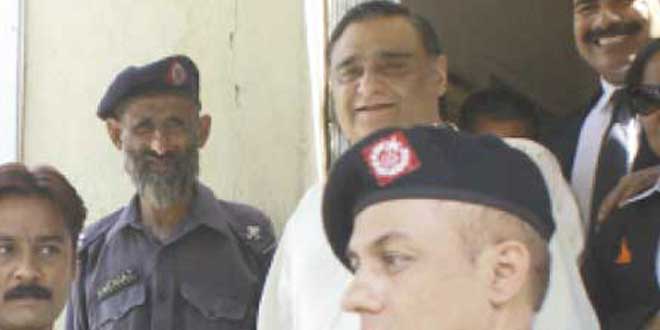 By Nasir Mahmood
KARACHI  The defence counsel for Dr Asim Hussain, Amir Raza Naqvi Advocate has requested the Accountability Court IV to issue notice against NAB authorities to explain the reasons behind filing of malafide Reference No.13/2016 against his client. The court has fixed May 20 as the next date of hearing.
During the hearing of yesterday, Amir Naqvi in his arguments contended that there were various documents including seizure memos and witness’ statements put on prosecution’s record but the copies of those documents were deliberately not provided to the defence lawyers, which is a malafide action on the part of NAB authorities. They had violated the Article 10-A of the Constitution. In the absence of those vital documents how I could cross the witnesses and put certain questions to examine the authenticity of those witnesses.
During last many months we have demanded in writing to get the copies of those documents but the prosecution failed to do so. Hence, in the absence of such record I am unable to defend my client, and perhaps this is the main purpose of prosecution for which they are hiding the important documents in proceeding of this case.
In view of these facts I request the Court to issue notice to NAB authorities to explain the reasons behind delaying tactics and the filing of this Reference against former petroleum minister Dr Asim Hussain, the lawyer added.
Dr Asim also appeared before the Accountability Court and informed the Court that the said land allotment case was already pending with SC and this fact was concealed by the NAB investigation officer. He pleaded that till judgment from Supreme Court no other court could discuss or run the case on this subject, and a charge sheet could not be framed without putting the related documents on record.

236 thoughts on “NAB authorities should be questioned for malafide reference”