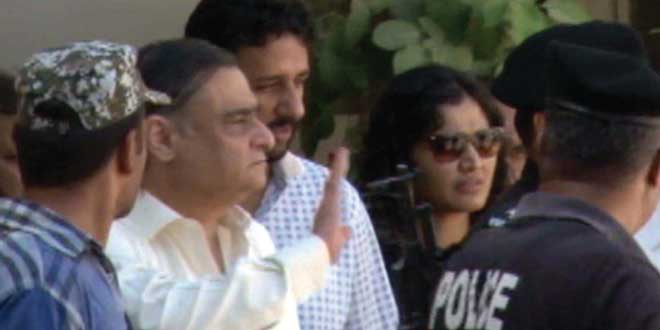 KARACHI: Justice Farooq Shah of High Court of Sindh (SHC) yesterday declined hearing an application filed by Dr Asim Hussain seeking an amendment in the court’s verdict requiring of him to surrender his passports. “Not even a single comma from the decision can be changed,” the judge said while announcing its decision regarding Dr Asim’s application. The application was then presented before the Pusine judge Justice Irfan Sadaat Khan who observed that application be placed before the Chief Justice SHC on Friday. This caused a legal hitch and release of Dr Asim was delayed for a day. .Dr Asim stated in his application that he had already submitted both his Canadian and Pakistani passports to the Anti-Terrorism Court, in another case..The Sindh High Court had approved on Wednesday the bail plea of Dr Asim Hussain, against surety bonds of Rs5 million, in two references filed against him by the National Accountability Bureau.The SHC’s referee judge had approved the bail on medical grounds. Dr Asim is currently undergoing treatment at the Jinnah Hospital.