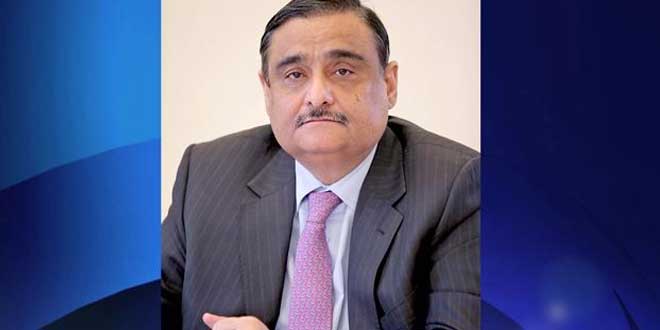 KARACHI: Sindh High Court (SHC) yesterday reserved its verdict over former petroleum minister Dr Asim Hussain’s plea of removing his name from the Exit Control List (ECL). During the hearing Dr Asim’s counsel Latif Khosa was given a chance for rebuttal to the earlier statement filed by NAB authorities. Khosa, availing the opportunity quoted various references from Lahore High Court, Peshawar High Court, Sindh High Court and Supreme Court judgments. He said earlier, SHC had already allowed former President Pervez Musharraf to go abroad for medical treatment and the Supreme Court had upheld that order . Dr Asim’s plea to leave for medical treatment is based on human rights and the government is violating the human rights by putting his name on ECL. He added that his client has serious health issues. He argued that facilities for his treatment are not available in Pakistan, hence he should be allowed to travel abroad. A report by a board of nine doctors was also submitted in the court. During previous hearing, the federal government had opposed the removal of Dr Asim’s name from the no-fly list, informing the two-judge SHC bench headed by Justice Junaid Ghaffar that the he has been put on the ECL on the order of the court as well as on recommendations of the National Accountability Bureau (NAB). During the hearing, the judge remarked that Dr Asim is no more in the custody of National Accountability Bureau (NAB) and has been released on bail therefore; he can go wherever he wants. The NAB prosecutor had informed the bench at the last hearing that Dr Asim had been granted bail in the cases on medical grounds, following which the court had directed him to deposit his passports and also directed the Interior Ministry to place his name on the ECL.