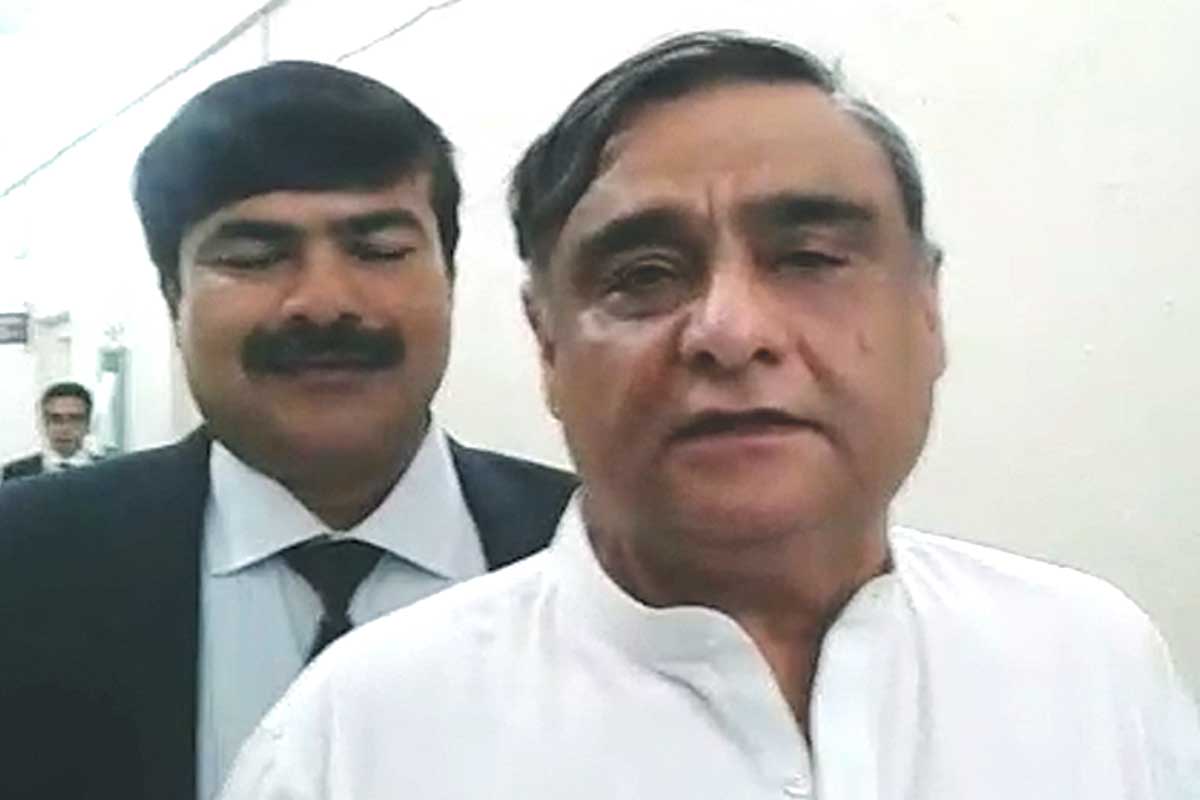 HEARING IN NAB REFERENCE ADJOURNED TILL 9TH
KARACHI: PPP leader and former petroleum minister Dr Asim Hussain has categorically said that he would no contest general elections. “I am not interested in elections. In this country any gentlemen like us could not contest elections. I got a ministry for 19 months, suffered two years in prison and facing lifelong insult now; this is the fruit of politics here. This is intolerable for a person like me. If someone could bear such behaviour and dare to confront with NAB he is fit for this system. If one wishes to fight elections he should either be don or wadera,” Dr. Asim said.

He was replying to queries from media members outside the Accountability Court IV yesterday. Earlier, Dr Asim appeared before the accountability court in NAB Reference No. 19/2016 but the hearing could not be held due to absence of prosecution witness Shahid Masood from SSGC. The court ordered witness to appear on next date fixed for 9th June.

Yesterday, Dr Asim Hussain filed a leave application before the court for going abroad to look after the health of his wife, Dr Zareen. “She is a cancer patient awaiting operation in a London hospital, therefore, I may be allowed to go abroad from 12th June to 10th July”, Dr Asim submitted before the court. Over which the court ordered the NAB counsel to file his comments over the said matter.

Talking to media, Dr Asim hinted at delay in general elections. He further stated that there would be no harm to Nawaz Sharif, he would be cleared of all the things. “There were compromises in the past and this time it would be the same. All the problems being faced by PML-N are due to Chaudhry Nisar and in my opinion there could be no other person more stupid than him. He is a morally corrupt person.”

Replying to another question about performance of PPP in past five years, he said it was same as all other parties. When asked about PPP’s coalition with PTI in general elections, he said there was a possibility.

Updates
« ATC does not consider JIT report as gospel truth: Judge ‘Don’t have any desire to become country’s president’ »

2,412 thoughts on “Dr Asim not to take part in coming elections”