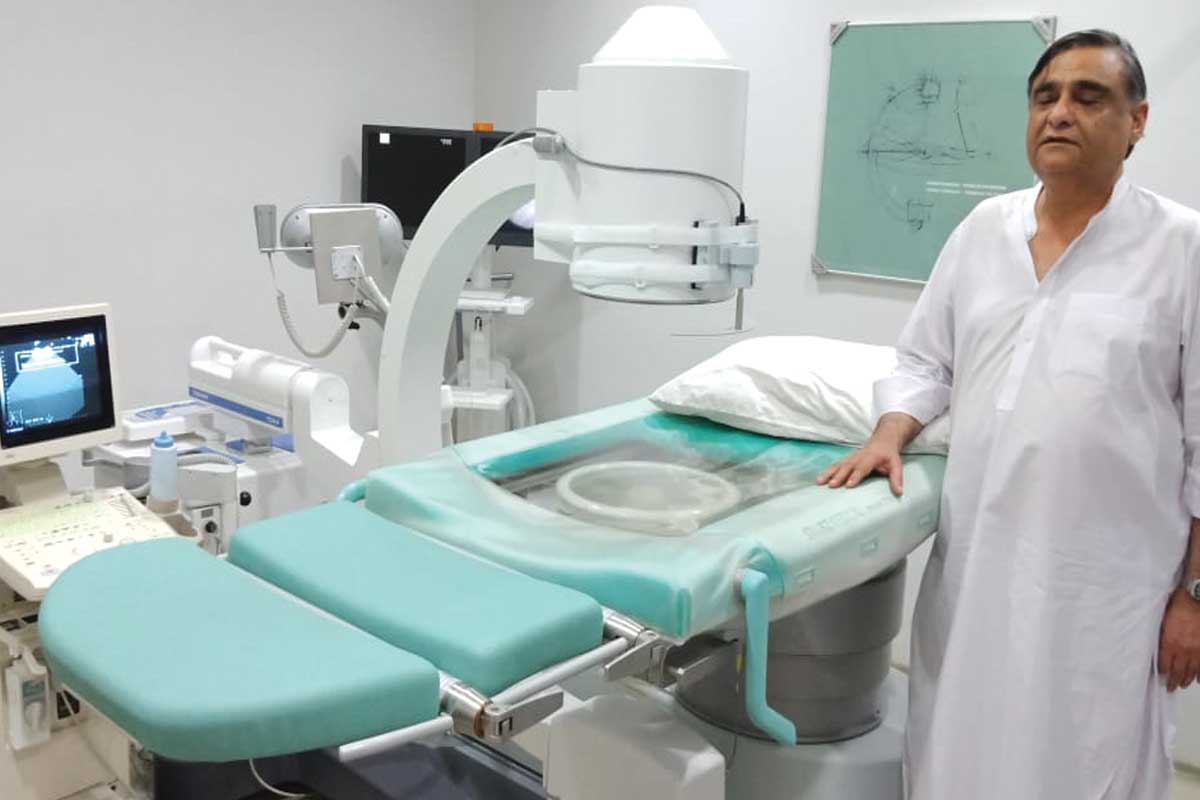 KARACHI: Dr Asim Hussain, Chairman, Dr Ziauddin Hospital inaugurated a state-of-the-art Lithotripsy Machine at Ziauddin Hospital yesterday at its North Campus. The machine could spot the stone, fragment them for excretion without any cut or injection.

Addressing on the occasion he disclosed that this is a latest machine of its kind. So far two machines are installed in Ziauddin Hospitals, one is already working at Clifton Campus and the second one was being installed in North Campus. We are also going to install another machine in our Kemari Campus very soon, he said.

Dr Ahmed Fawad, a senior Urologist of the hospital stating the functions and properties of the new machine elaborated that it is unique in quality having Electro-magnetic technology. It could localize the stone in a body through ultra sound and x-ray both systems unlike the previous system of single type.

He said that fifteen to twenty percent stones which were not visible in x-ray machines are now spotted in this machine’s localization. Sometimes stones are passed from kidney to ureter but now we can focus it through x-ray and catch the stone before it is lost. This is unlike the old single type of focusing system in the machines. The fragmentation gives you very small particles as compared to the other machines it could do the work without any cut or injection, he added.