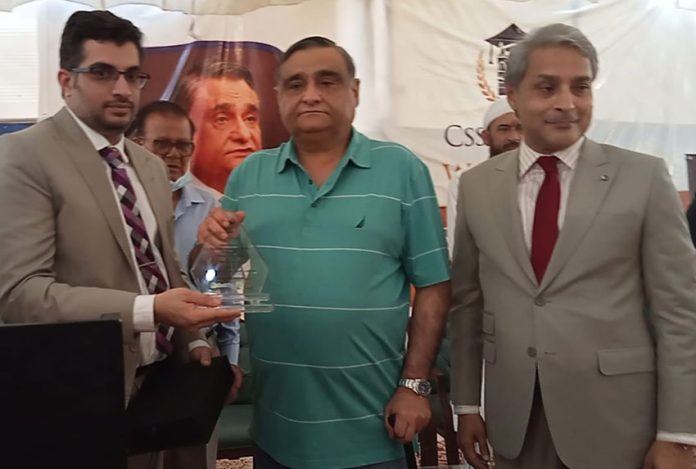 KARACHI: Following to the success of the first training course by the CSS Corner for the aspiring students, the second phase of its free training course kicked off yesterday in the District Central Karachi. The inauguration ceremony was held in the Sabzazar of Markaz-e-Islami at Ayesha Manzil. The chief guest on the occasion was the senior leader of Pakistan Peoples’ Party and former Federal Minister for Petroleum and Natural Resources, Chairman Ziauddin Group of Hospitals Dr Asim Hussain. Dr Asim in his address to the gathering said “In today’s world, the menace of corruption has reached to an alarming stage. Under such circumstances, it is the need of the hour to produce honest, sincere and disciplined civil servants to the nation who are committed to work with the utmost dedication and determination for resolving the masses problems irrespective of any discrimination. Dr Asim Hussain also praised the efforts and the initiative of DC central Taha Saleem and his team. He said that DC Central has started free courses programme for such people who are not financially strong and this omen need much appreciation.

DC Central Taha Saleem while expressing his views said “Free courses are being provided in two different campuses where anyone form across the country can avail free of cost CSS preparation.”

“From the very first batch, 24 students have been nominated in CSS Officers list whereas the number of registration has reached to 1000 at present. He also lauded Saylani Welfare Trust, SSU and KMC for their willingness to organize this CSS Corner programme.”

Founder of Saylani Welfare Trust Maulana Bashir Faroqui while addressing to the audience said that the platform of CSS Corner is highly beneficial for those students who are talented but due to financial constraints they could not take ahead their education in CSS exams.  The programme was attended by educationist, media and showbiz personalities, religious scholars, Assistant Commissioners, members of the business community and others.