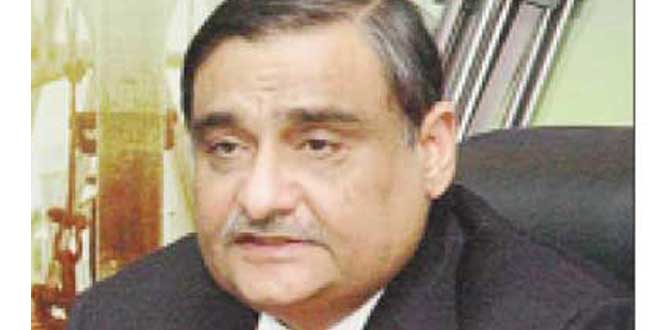 KARACHI: PPP leader Dr Asim Hussain yesterday filed an application in the Supreme Court seeking contempt of court proceedings against the Interior Ministry for failing to remove his name from the Exit Control List as directed by the apex court. On November 16, the apex court had ordered the Interior Ministry to remove the former federal minister’s name from the no-fly list. During a hearing of the case, the PPP leader’s lawyer, Sardar Latif Khosa, had told the court that Dr Asim had travelled abroad for medical treatment earlier this year, but had returned within the time period stipulated by the court. The lawyer had also told the court that his client’s flight had initially been scheduled for November 9, but was pushed ahead to November 21 as his name was on the ECL. In the plea filed today, the PPP leader recalled that the SC had allowed him to travel for his follow-up treatment to the United Kingdom, where he was due for a medical examination on November 21. “It was for this reason that this honourable court directed to remove the name of the petitioner from the ECL,” the application said, adding that after the apex court had passed its order, Dr Asim had approached the Interior Ministry. However, “the respondents who are required to remove the name of the petitioner from the ECL did not take any action,” the petition states. The petition concludes that “the respondents have clearly committed grave contempt of this honourable court.” The application asks that the respondents be “convicted… and punished suitably for committing contempt.” It further asks the apex court to pass orders for the removal of the petitioner’s name from the no-fly list and allow him to travel to the UK for treatment. Corruption references had also been filed against the former minister by NAB for allegedly causing massive losses to the national exchequer through corrupt practices.