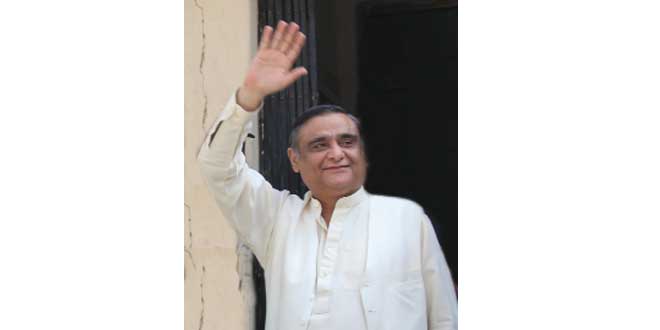 KARACHI: Former petroleum minister and leader of PPP Dr Asim Hussain’s name has been removed yesterday from ECL. According to his travel itinerary he has booked air ticket for London via Dubai for 24th Nov and for 6th January for return journey. According to details, Ministry of Interior, Islamabad issued a notification yesterday (23rd November) which said that applicant was permitted to go abroad for treatment. “It has been decided to allow Dr. Asim Hussain to travel abroad for his follow up treatment for a period of one month from the date of his departure in compliance of Supreme Court of Pakistan order dated 16.11.2017 in Civil Misc. Application No. 8188 of 2017 in Civil Appeal No. 1193 of 2017, the letter said. All concerned were requested to take immediate action in the matter including; Director General FIA Islamabad, Director General Immigration & Passport, Islamabad, Project Director/ PISCES, Federal Investigation Agency (HQ) and Assistant Director/ PISCES, Federal Investigation Agency (HQ) Islamabad, the letter added. It may be mentioned here that a day before Dr Asim Hussain had filed an application in the Supreme Court seeking contempt of court proceedings against the Interior Ministry for failing to remove his name from the Exit Control List as directed by the apex court. During hearing of the case, the PPP leader’s lawyer, Sardar Latif Khosa, had told the court that his client’ initially been scheduled to leave for London on November 9, but was pushed ahead as his name was on the ECL.