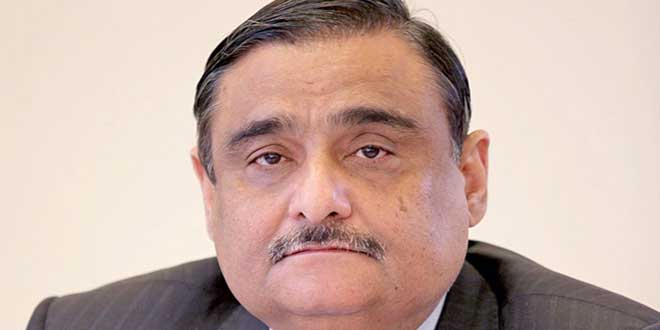 KARACHI: Former petroleum minister and President PPP Karachi Division Dr Asim Hussain has condemned the official protocol extended to the ousted prime minister Nawaz Sharif on his arrival at Islamabad airport and said it was very shameful. Everyone has seen how royally Nawaz Sharif arrived back with a team of National Accountability Bureau waiting for him with Bailable Warrants of arrests. Dr Asim Hussain urged the Chairman NAB to take cognizance of this violation of law and the conduct of NAB team. He added that National Accountability Bureau (NAB) holds double standards against Pakistan Peoples’ Party leaders and the PML-N members. Not a single member of the Pakistan Muslim League-Nawaz Sharif has been put on the Exit Control List (ECL), he said.