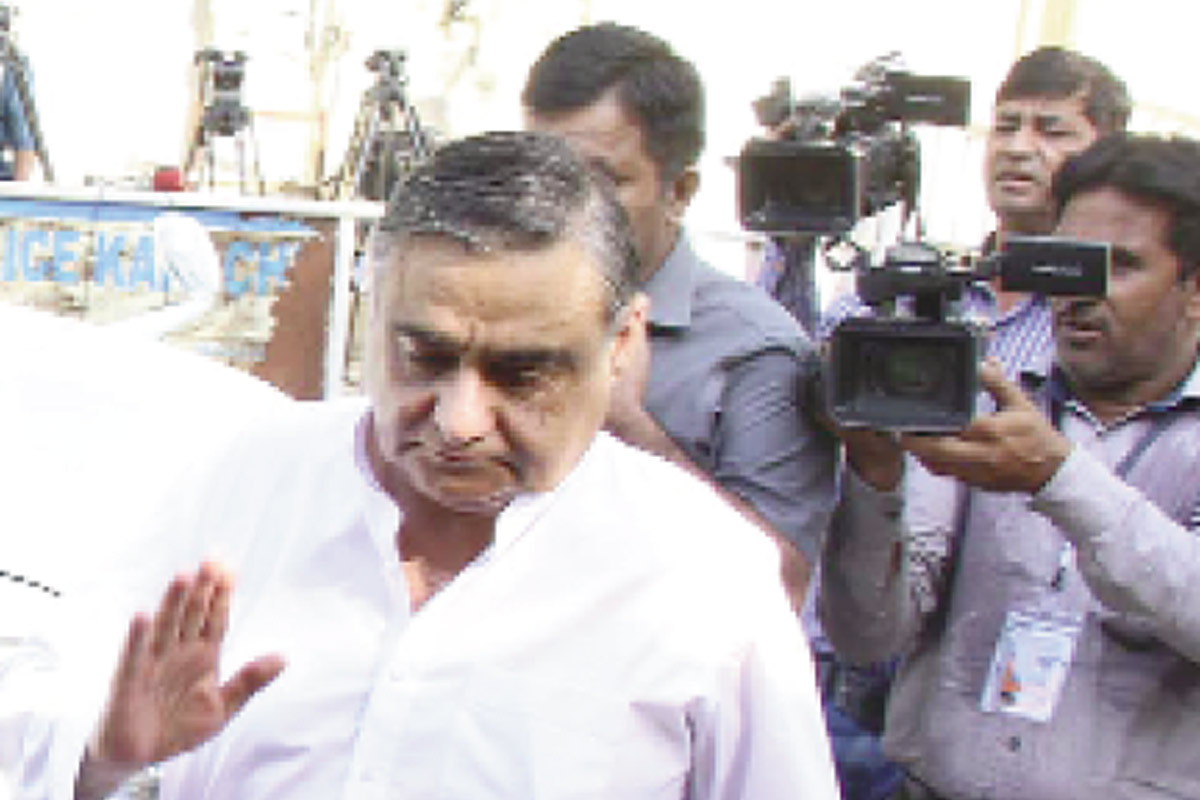 DR ASIM HUSSAIN SAYS IMRAN KHAN OUR “LAST OPTION”
Accountability court adjourns JJVL case hearing till October 6
KARACHI: Dr Asim Hussain, former petroleum minister and the leader of PPP has said that Imran Khan is our last option. He was replying to a question asked by media persons outside the accountability court yesterday, on completion of the first month of rule by PTI government under Imran Khan as prime minister.

Earlier, he had appeared before the accountability court II in NAB reference No. 19/2016 of JJVL case. The OGDCL’s employee Hafiz Muhammad Aslam was present on behalf of NAB as prosecution witness. However, due to sickness of defence counsel Farooq H  Naek, the prosecution witness was not cross examined. The court adjourned the hearing for 6th October.

Dr. Asim Hussain while commenting on the mini-budget presented by PTI government’s finance minister Asad Umar said that it has hammered the taxpayers and suppressed the poor man. The construction mafia and motor vehicles mafia have once again won and we are defeated, he added.

What is the remedy in your opinion? Replying to this question he said that in these circumstances, import of more than $10 billion foodstuff items like McDonald’s and other Burger businesses should be stopped, instead of more facilitating them.

Another question was asked why the construction of dams fund appeal by chief justice and prime minister is not being responded properly by overseas Pakistanis, he said the dam should be constructed ‘but without begging’.

He further stated that we are collapsed economically, it could be cured by increasing the number of taxpayers,  the habit of begging should be banned, and self-reliance must be promoted. We must depend on ourselves. Pakistan has everything with great wealth. Why we are not increasing exploring natural gas reserves which are in abundance and could be exported for earning foreign exchange, Dr Asim inquired.

442 thoughts on “Dams should be constructed but without begging”