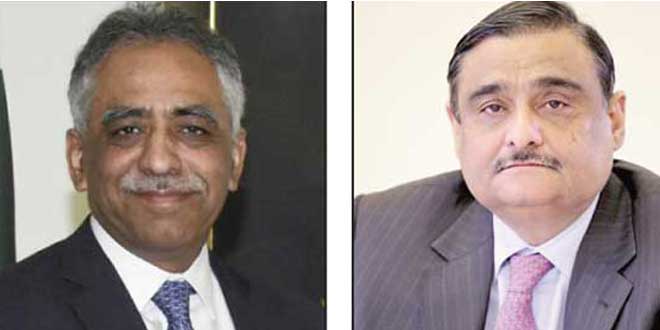 KARACHI:  Governor Sindh, Muhammad Zubair has said the that federal government had no role  in the  arrest of former petroleum minister and senior PPP leader Dr Asim Hussain.

Expressing his views on Dr Asim Hussain’s cases, at Dawn News TV show “Zara Hut Kay” yesterday Sindh Governor said the day Dr Asim was arrested and charged, “I made it clear in a live TV program of anchor Asma Shirazi that the charges framed against Dr Asim had any depth.” “I had called it laughable because I did not believe the allegation of 462 billion rupees fraud charges. If I support such allegations just on the basis that he was our political opponent then it would be disastrous for the country.”

It was also said that he got rupees 2 billion daily from PSO while the balance sheet of the Company would not show the total income of 2 billion per day therefore such allegations are nothing but hilarious, Zubair Said.

Similarly, the other allegations of treating terrorists in his hospitals was very strange.

“I could not understand whether those people were really convicted or proved as terrorist? Then you have to establish a linkage between those criminals and Dr Asim Hussain that it was all done on his instructions or with his connivance. It was all doubtful, so please do not involve us in this game.”

“There was another argument of relationship between corruption and terrorism. In this regard my point of view was that of course there is no terrorist activity possible without financial backing. But if you want to fix Pakistan People’s Party in this relationship then I am sorry to endorse such allegations that PPP is ever involved in such type of terrorism.”

It may be possible that there should be fringe benefits just like other parties. “But as a party policy that they were doing corruption just to support terrorism activities were not evidenced by me nor I have and neither I would blame,” Governor Sindh, Muhammad Zubair concluded.