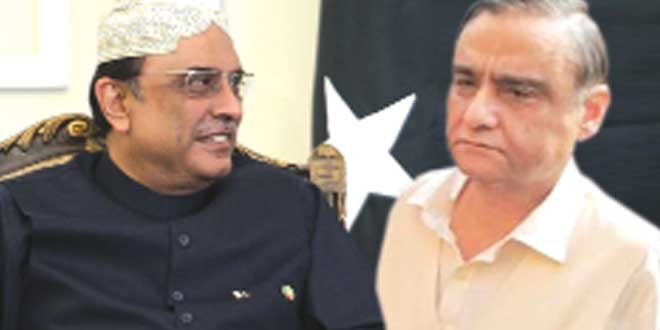 KARACHI: Former President and Co-Chairman of Pakistan People’s Party Asif Ali Zardari last night visited NICVD and met with his close aide and the former petroleum minister Dr Asim Hussain who is admitted at the facility after heart ailment for past two weeks. Zardari inquired about his health and stayed there for over half an hour. This was the second visit to NICVD by PPP Co-Chairman Asif Ali Zardari after his return from Dubai on 23 December. Dr Asim Hussain was recently nominated as President of PPP Karachi.