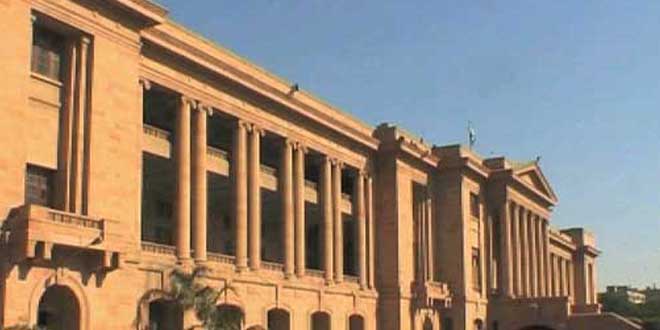 KARACHI: The Sindh High Court (SHC) yesterday again issued notices to DG Rangers and other respondents to submit their detailed comments before 27 October, on a petition filed by Dr Ejaz Fatima, mother of former petroleum minister Dr Asim Hussain. Deputy Attorney General informed the court that they had filed their reply but the copy of the said reply was not found in the case file. Therefore, the next date was announced for the final arguments. Dr Ejaz Fatima, through lawyer Anwar Mansoor Khan, had approached the SHC requesting it to quash the FIR registered against her son Dr Asim Hussain under clauses of Anti-Terrorism Act, maintaining that he had nothing to do with said offence. The lawyer also argued on the petition seeking an impartial inquiry into the corruption case against Hussain. The Chief Justice Ahmed Ali M Shaikh who was heading a division bench asked her lawyer that the case was registered in 2015 and they were challenging it now. “It would have been much better, had our application heard earlier but it’s never too late as it can be heard now,” replied Anwar.