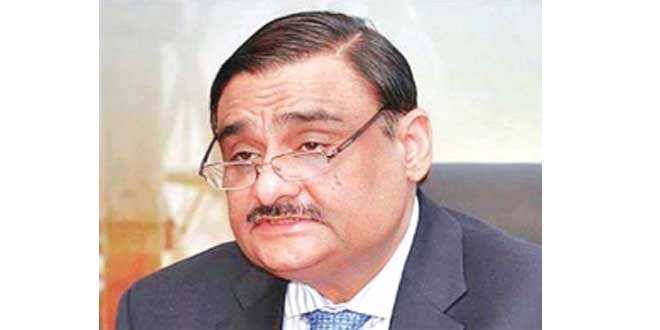 HATS OFF FOR STANDING AGAINST ALL ODDS

Hats off to my fellow countrymen, who despite all odd and the adverse conditions prevailing in our society, are out there to celebrate their Independence Day in a befitting manner. Yes, celebration is in the air as today the nation is making its 69th Independence Day. Jubilation on the faces of my countrymen is worth-seeing and inspiring as it is a clear manifestation of their love and reverence for their beloved homeland. Like the English poet Wordsworth, I can recollect in my imagination from inside while in solitary confinement, the national flags flying on rooftops; streets are decorated with festive, colourful buntings; major buildings and markets are beautifully illuminated after sunset; youths and children are wearing national flag badges, armbands and caps, and cars, motorcycles and bicycles are adorned with flags and green and white stickers. Yes, it’s the day to articulate our feelings on being an independent nation. Whatever you see around are the colours of independence. Such a fervor and zeal on part of the Pakistanis make one wonder how deeply they love their homeland despite the pathetic state of affairs in the country. Their zeal and enthusiasm to celebrate the Jashne-e Azadi stands in stark contrast with the general doom and gloom and despair that prevails in our country on any common day in the wake of continued reign of lawlessness, militancy, intolerance, murder, and kidnappings for ransom, anarchy, nepotism, favoritism, absence of civic facilities like no water, no power, dilapidated roads, overflowing gutters and sense of fear and insecurity which overwhelms every now and then after the terrorists strike at their will across the country at short intervals . What prevails is an atmosphere of fear and despair, sheer injustice, flawed legal system and highhandedness of the rulers and misuse of power by those at the helm of affairs. At times one wonders is this the secure Pakistan Quaid-e-Azam and his team had envisaged. It is an irony that the challenges which the Founder of Pakistan had pointed out in his very first address like constitutional rule, law and order and corruption, still are unmet. It is our dilemma that soon after his death, we did contrary to what he wanted us to do. Militancy has made a niche for itself in our society. They are so strong despite a year of National Action Plan against the terrorists, the latter are still capable of striking at will. The recent Quetta carnage is a case in point. Around 30 thousand civilians have fallen prey to terrorists attack in recent years. Ethnic strife and sectarian hatred too is at peak, dividing the people further. ‘Might is Right’ is the only rule that rules the roost right in our society under the very nose of the so-called democratic forces who are at the helm of affairs of the central government using the state institution for their personal vendetta, whims and caprices. Letting the real culprits off the hook and putting hand on the innocent; lodging them in lock-ups and then what follows is known to everyone. The modus operandi is not limited to the police but this might-is-right approach is adopted by almost all state institutions, particularly the interior ministry. Though I have knack for alleviating the suffering of humanity since childhood, but from inside the confinement, I have become more conscious and sensitive to my countrymen’s plight as like my beloved countrymen, I too have fallen prey to the unexplained norms of this cruel unjust system where the innocent are sacrificed at the altar of personal vendetta and the mighty. Just imagine, it is more than two years that I have been lodged in custody for allegations which I have been denying time and again with no one to turn to. Today, it has been almost two years I have been in confinement in cells, hospitals, chained, blind folded, handcuffed, and threatened, media trial, videos made and confessions extracted under duress and coercion. I still can feel the pain when I recall, how agonizing experience it was when I was presented before the magistrate on 27th August 2015 and remanded to custody without any charge for 90 days. Forlorn I sit and tears roll down my eyes when I ponder the fate with which I met despite my utmost sincerity to the national interests and sheer contribution to the cause of society. There is no doubt that I am a politician which is not a crime but my citadel and focus have always been welfare, foremost being health and education sectors as I have a firm belief that health and education are key to progress. Throughout my life I have left no stone unturned to contribute to the welfare of the society. The only fault of mine is that instead of going abroad like majority of doctors who have settled abroad for secured future, I opted for my homeland to serve the Pakistan army and later my fellow countrymen. Those at the helm of affairs should know that there is only one medical practitioner available for every 1,971 people and one dental surgeon for every 21,420 people here in Pakistan. Most of the doctors prefer to get jobs in a foreign country due to the volatile law and order and unsecured future in their own country. Health and education have been my forte. That’s I made hospitals and a university dedicated to the memory of my grandfather late Dr Sir Ziauddin Ahmed, Ex Vice Chancellor of Aligarh Muslim University, who spent his entire life for the cause of Muslims. Indeed, service to humanity is in my genes and I inherited this attribute from my parents, whose names are synonymous with the arena of health and education as these two fields were their citadel of services. 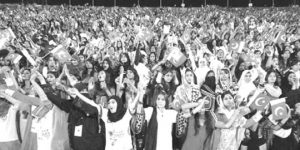 Continued from page 9 I wonder if financing the health and education projects is a crime. If so every sensible and patriotic Pakistani will love to commit this crime. The list my service is never ending. And in return, I am being treated as criminal. It is ironic that the people who did not know the whereabouts of Mullah Mansoor while he was roaming all over Pakistan accused me of treating terrorists in my hospitals. In fact terrorists are treated in hospital in Lahore but neither anyone is accused not any arrests were made. My fault is that I am their political foe and they are victimizing me for political reasons. My heart bleeds when I see that the government is acting against me with the help of its institution. To be very specific, there are two sets of laws in the country under the current government, one for Taliban and their sympathisers, which is relaxed whenever needed, and other for anti-Taliban forces, which is used to stifle the voice of political foe. The way I was arrested irked the entire society it was dumb-found because the charges against me were something which no sensible person could believe. Yes, in the beginning it was not the corruption charges as leveled by my opponents but I was charged with financing terror. My opponents should know that I hail from a party (PPP), which has always spoken against terrorism in unambiguous terms. Just imagine, all cases made against me are based on what they call ‘disclosures made during my custody’. And the irony is that no disclosures were made by me. Not only is the information extracted under conditions of torture is false, it exacerbates the brutalisation of our system and fuels further disenchantment and disillusionment. There are galore of politicians in our country, but you find very few are engaged in giving back to the society. These are real testing times for me, for my family members and my staff at my two hospitals and university. I am helpless right now, in their custody with no one to turn to but I have a firm belief in my Allah and only my Allah can take cognizance of their slander and the torture which they have unleashed upon me. My incarceration is to nobody’s advantage but an egoistic feeling of the mighty and powerful against a weak and helpless. All hope, however, is not lost. My oppressors should know that I am indomitable spirit, who has a firm belief in Almighty Allah and as such I will stand by my principles and will not budge aside from my position of righteousness and as a reverence to the people of Pakistan. Right now I am like the ‘dead leaf’ mentioned in PB Shelly’s Ode which is being kicked around by the ‘Wild Wind’ but I do hope that in the end it is the righteousness which emerge as the ultimate winners. There is always a sign of hope and though the challenges, agonies and problems are there, I, like my countrymen, have not lost hope. To conclude, I may quote Percy Bysshe Shelley’s famous lines, “O, wind, if winter comes, can spring be far behind?” Irrespective of what my oppressors do, still God bless all. Pakistan Zindabad…Patriotism Paindabad.

10 thoughts on “Salute to my countrymen on 70th Independence Day”