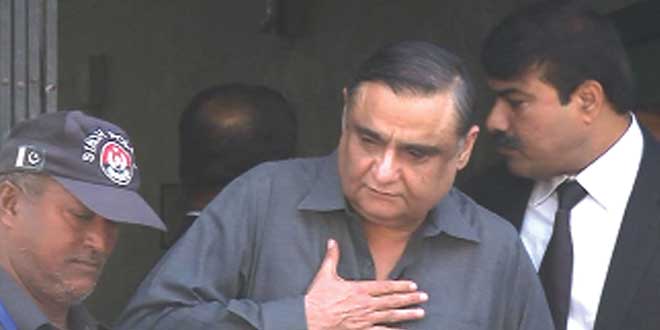 KARACHI: Dr Asim Hussain, former petroleum minister and President PPP Karachi Division appeared before accountability court IV on yesterday but the Prosecution Witness (PW) failed to turn up and the court reprimanded NAB Prosecutor on his behavior, while adjourned the hearing for 21st November. According to detail the court resumed proceeding of NAB reference No.13/2016 against Dr Asim Hussain at 9.00 am yesterday which was earlier postponed yesterday with order to Prosecution Witness (PW) Mohammad Akram, UBL branch manager for production of the letter that was addressed to him by NAB Investigation Officer. Defence lawyer Amir Raza Naqvi had requested the court to direct the PW for production of this letter during cross examination. Soon after hearing started the NAB Prosecutors team member who did not appear in the court on Wednesday informed that he was not aware about the 9.00 am hearing timing of the case, therefore it may be extended to 10.00 am. Presiding Officer reprimanded the NAB lawyer and said that the 9.00 am time was clearly mentioned yesterday to all parties, and ordered to call the Prosecution Witness (PW) Mohammad Akram for resumption of cross examination. The PW was absent from the court and the NAB lawyer requested to extend hearing for 10.00 am. However, Mohammad Akram did not turn up due to which the case hearing was adjourned till 21-11-2017.

262 thoughts on “Orders to produce required letter on 21st”