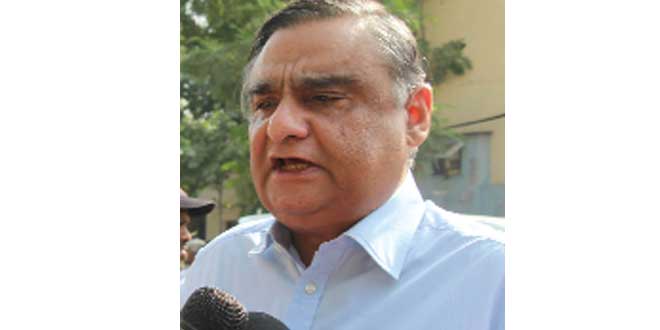 No conspiracy subsisted against PPP leadership

KARACHI: Pakistan Peoples’ Party leader, Dr Asim Hussain has strongly denied all baseless, concocted and fabricated comments that were aired in a talk show of a private news channel relating to his engrossment in making conspiracies against PPP leadership. Dr. Asim Hussain said that such anchor persons, so called experts/analysts who deliberately brings into discussion such fictitious opinions and perceptions in their discussions shows only tendency to create unnecessary differences and hatred among the united leadership of PPP and added that all their efforts to incite such abhorrence will certainly go in vain. Moreover, he said that his decision to step aside from the position of PPP President, Karachi division was based merely on personal grounds and added that he had never asked the party for such a position. He further stated, “I have no desire or interest in becoming Chief Minister of Sindh province”. “I am a diehard supporter and lover of Pakistan Peoples’ Party and will remain same in years to come,” added Dr. Asim. He further said that in future, “if I would be given any other responsibility by the party Chairman, I would accept it.” Dr. Asim also said that in past he has been continuously working for the people of the country since many decades with complete sincerity and dedication especially for the people of Karachi and always ready to serve them more. Dr. Asim Hussain reposed full confidence in the leadership of Chairman PPP Bilawal Bhutto Zardari, Co-chairman Asif Ali Zardari in particular and the entire PPP leadership in general.