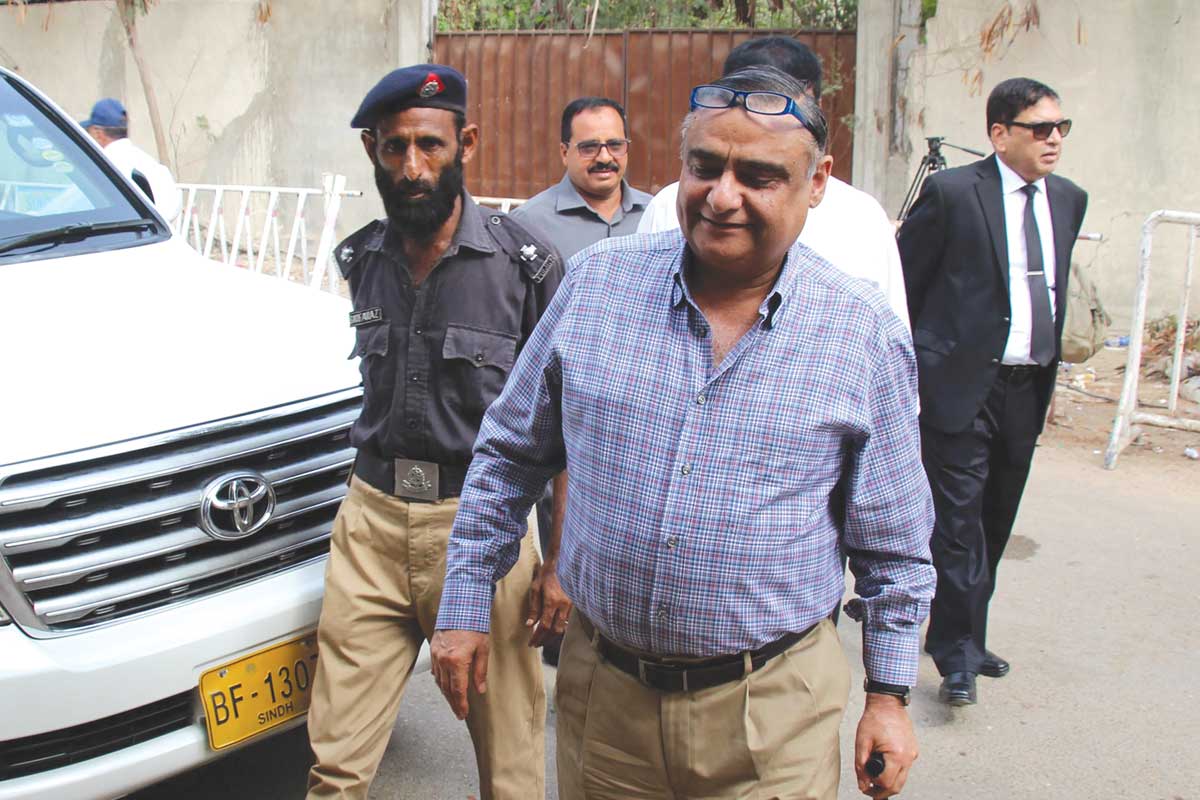 ACCOUNTABILITY COURT ADJOURNS HEARING OVER ABSENCE OF PWS
KARACHI: “Getting justice is made difficult in our country. Day to day hearing and daily attendance is announced for Dr Asim while not for Nawaz Sharif. NAB authorities neither have any witnesses nor any proof, but they just want me to keep doing errands. I don’t see any difference between NAB and the Indian RAW. NAB is just a tool for political victimisation and it is creating trouble for general people. In my opinion, a person who works for the country is victimised here unduly. The references against me are merely rubbish.”

He appeared before the court in NAB reference No. 13/2016. The hearing was adjourned for today when NAB failed to produce its two witnesses, Shahid Masood and Zahid Hussain from SSGC.

While replying to various questions from media men, Dr Asim Hussain said that he will go abroad on Wednesday. He said there PPP is not threatened by Shehbaz Sharif and Imran Khan contesting from Karachi. Dr Asim added, “MQM have lost all grounds, I don’t see it anywhere in the politics of the country. Only by people would decide in coming elections about the replacement of MQM in Sindh and Karachi.”

To a question about Chaudhry Nisar’s differences with the PML-N, Dr Asim said Nisar is a mad man and needs psychiatric help. “Whatever happened to PML-N was due to Chaudhry Nisar and his wrong policies. Most of the ills you see in the country were imposed by him, because he is morally corrupt and mentally hollow.”

Replying to a question about Imran Khan’s ex-wife Reham Khan book, he said that there was a right way in the world to challenge if anything wrong is printed in a book and the court are there to decide on it.

338 thoughts on “No difference between NAB and RAW: Dr Asim”