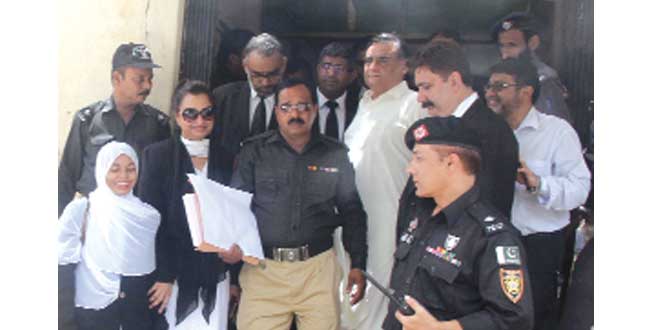 KARACHI: Dr Asim Hussain, the former petroleum minister, has submitted to the Accountability Court that NAB has been converted into a body for victimizing opposition politicians and I am one of its victims. He asserted that under the rules of 1982 there a Trust could have beneficiaries. “NAB has misguided the court in this regard and concealed the facts,” he added. Dr Asim presented the copies of allotment documents of the land allotted to Aga Khan Hospital as a charity trust and said there were few other hospitals that have been allotted land as charity trusts. “But in my case the situation is reverse. The Court on this ordered Dr Asim to first file the application in this regard and then submit the arguments and documents. Next date of hearing of the case was fixed for 8th July. Later, Dr Asim Hussain replying to various queries from media denied that Sindh government was amending the NAB laws for his protection. He said that NAB laws were being entered as provincial subjects, and he had no concern with it. To another question, he said the difference of federal and provincial laws depends on its interpretations. “Criminal laws sections 143, 144 and 145 are converted into a provincial subject.” Dr Asim said discrimination with Sindh and Karachi residents is evident from the attitude of authorities. “It seems that there is no corruption in Punjab province, they start crying whenever any name is called for appearance in JIT. Abid Sher Ali get hold of many gas connections in PPP government and that could be checked from record. “They go to assemblies just for their own benefits not for the people. Our JIT is held in jails while their JIT is being held in large palaces, he said. To another question, he demanded for bringing his JIT report in public as was promised by Chaudhry Nisar. “We know there are false evidences, and discriminations. Four NAB prosecutors were changed because they don’t want to go into perjury. There are cases against chairman and local DG NAB. The law is not being implemented equally. This is wrong, we are against excessiveness, cartels and mafias.” Dr Asim said, “This is true that I will file the case against Chairman NAB for falsification of documents, defamation and perjury under criminal proceedings.

218 thoughts on “NAB being used for victimising rival politicians”