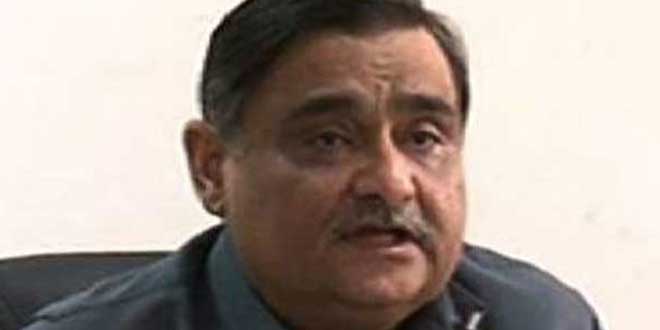 PPP PARTICIPATED IN NA-120 ELECTION FOR SAKE OF DEMOCRACY

LONDON: Dr Asim Hussain, President PPP Karachi Division has said that Bilawal Bhutto Zardari is the leader of young generation and his entry into the politics is a healthy sign and a good omen for the country and its people. This he said while talking to UK Television Channel 44 exclusively in London. The former petroleum minister said, “In Lahore NA-120 there was a bye election and People’s Party participated just for the sake of democracy, usually a bye election does not have much importance, in my opinion it has no relevance in today’s politics.” He said there are many inherited constituencies in the politics of our country where no other party could win. But we participated in the elections just for the sake of continuation of democracy, he added. Dr Asim also said he is not feeling well and he is visiting London for his treatment. “My left foot is dropped due to delay in treatment and the awaited surgery. For this purpose physiotherapy is continued and medicines being injected, after this there would be surgery that will take 3-4 months’ time. I will go back to Pakistan and with permission of the court will come again to London for further treatment,” he added. With reference to Panama Papers case follow up he said that NAB is owned by government and being run by PML-N. This is not a transparent authority, it will give full relief to Nawaz Sharif. NAB is dramatizing this case. “NAB is owned by the government this is a tainted organization not a transparent department, they will get full relief from NAB. They made false and fictitious cases and run media trial against me by bribing few TV channels and anchors. I want to be very categoric about it, the time will come when I will expose those TV channels and anchors who demanded money from me and subjected me to media trial,” Dr Asim added. PPP London former president Mohsin Bari also inquired about the health of Dr Asim Hussain.