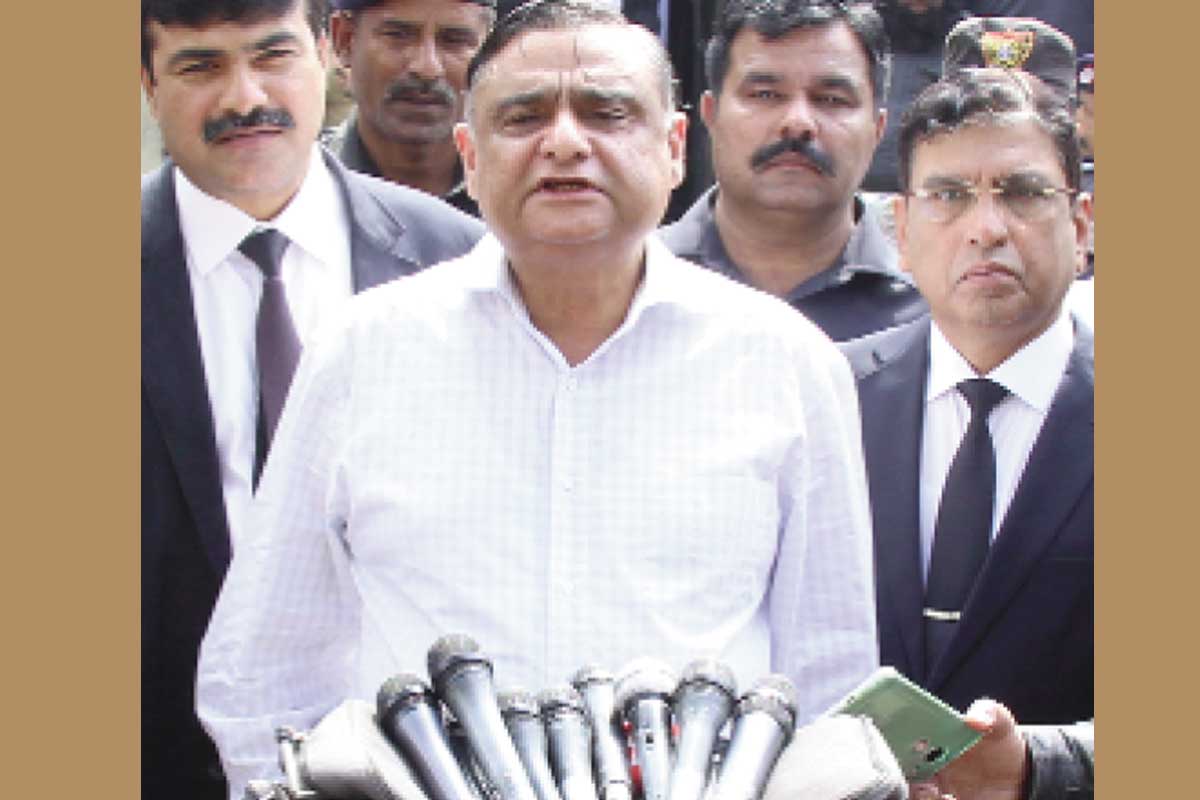 KARACHI:  Former petroleum minister and leader of Peoples’ Party, Dr Asim Hussain has offered all the leaders and workers of MQM and PSP to join Pakistan Peoples’ Party. He was replying to questions from media members outside the accountability court yesterday in NAB reference No.13/2016.

Dr Asim said he has invited Farooq Sattar and all others of MQM and PSP to coordinate with us and come forward for the welfare of the people of Karachi. We have to work together this is the city of Urdu speaking, Sindhi speaking and Pushto speaking citizens. We are all facing same problems and we should be united on the platform of mainstream national party that is Peoples’ Party. They should all join PPP we welcome all of them who are not the criminals, except those our doors are open for all, he added.

To another question about NAB reference he said; “I have requested the Presiding Officer in today’s hearing that NAB has established a torture chamber adjacent to the court premises where they harass, threat and intimidate the witnesses in the name to refresh them. This is a wrong attitude and there must be some remedy in the law. The statement recorded under Section 161 is always written by I.O. and all the witnesses presented so far had refuted those statements but the witnesses are forced to accept their unsigned statements. People are afraid of this attitude by the NAB authorities.”

Earlier, the accountability court IV recorded statement of prosecution witness Hussain who said that on 19-02-2016 he was posted as operations manager in UBL SITE Branch Karachi. He had received a letter from Compliance Department to provide the record of Dr Asim Hussain’s accounts to the NAB investigation officer. He went to the office of I.O. and presented the required statement of accounts. He seized the record under seizure memo that is being produced before the court, the PW added.

Defence counsel Amir Raza Naqvi objected on the record presented by the witness and said these are the Photostat copies. He said it is not attested nor in the format mentioned in the index provided before the court. NAB prosecutor insisted that this is original record. The court directed the witness to submit all the relevant documents before next date of hearing and fixed 23rd February to cross examine the witness.