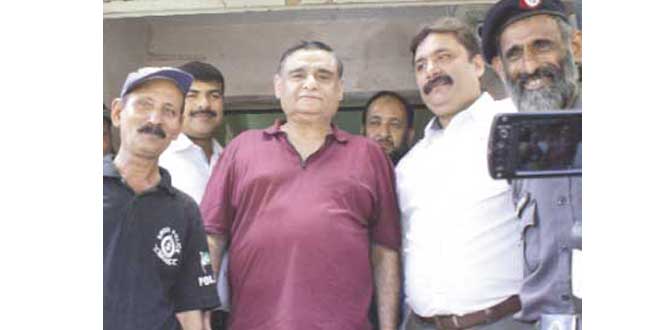 KARACHI: Dr Asim Hussain has said that the Joint Investigation Team of Panama probed Prime Minister Nawaz Sharif’s son Hussain Nawaz for only 72 hours while his enquiry had lasted for three months. The former petroleum minister He was talking to media outside the accountability court yesterday. The PPP Karachi President said PML-N is agitating on just on one picture but “What about the maltreatment with us? Nobody asked. Chaudhry Nisar’s claims are also before you. ” Dr Asim added, “They have planned a campaign against judiciary, bureaucracy, Army and other institutions, which is wrong. This is not justice. I have complained against a person but not against the institution. We are standing with judiciary, bureaucracy and the army. We are Pakistanis, we will never tolerate disrespect of Pak army. We always prefer the strength of the country. My party would always support the army and is prepared to give any sacrifice.” Replying to a question about massive load-shedding, Dr Asim said this is the federal subject and the PML-N leaders had promised smooth power supply in three months. “The question must be directed to them, this is their failure.” Dr Asim was present at the court for hearing of the two references filed against him by NAB. The court adjourned the hearing on Jamshoro Joint Venture Limited (JJVL) reference No. 19/2016 until June 14. In reference No. 13/2016 the next date is fixed at 3rd July.