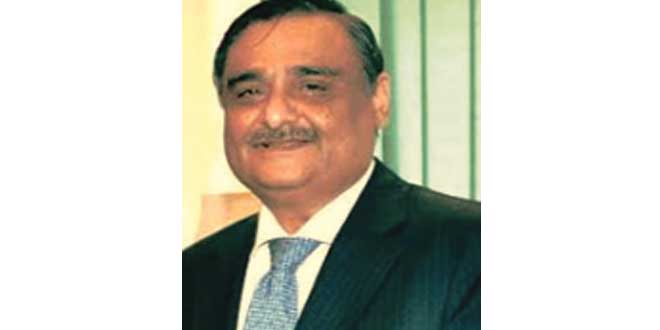 KARACHI: President, Pakistan Peoples’ Party, Karachi Division, Dr Asim Hussain and PPP Senator Saleem Mandviwalla addressing a press conference yesterday warned that the country’s economy is deteriorating with every passing day and is almost facing heart-attack like situation. They said that Nawaz Sharif’s government is claiming that all is well but the economic indicators show otherwise and stressed that coming four months are crucial in this regard. Both the leaders demanded the resignation of federal finance minister as they felt this is the only step to cope up with the crisis as the international economic institutions are also ignoring our minister. They further said that “Our import has reached $55 billion, which must be controlled,” adding that finance ministry is saying that we have gone into ICU. “We have lost our credibility all over the world, they added.” Former petroleum minister Dr Asim said, “We should avoid the stage where economy gets choked. To warn people all over the country we will go to other cities and address more press conferences in this regard. We have prepared a detailed presentation with facts and figures for the media and the general public.” He was of the view that the federal government has failed in many sectors, like education, health. Domestic borrowings by the government in PPP regime were very low but after the year 2013 it was increased, they said and added the exports were better than today, our textile export is declined compared to Bangladesh and India due to increasing cost of production and heavy taxation. He said that during PPP regime oil prices were up to 120 dollars while today it is at $50 but government has not given any benefit to the people. Current Account Deficit was $4 billion dollars in 2008 during PPP tenure which has now enhanced up to $13 billion after returning from $21 billion. Our foreign exchange reserves are declining by the rate of $1 billion per month, which shows that in March next year our reserves, would be finished. Remaining $7 billion would the people’s own savings in the SBP. Mandviwalla said this is for the first time that adverse comments came from a defence organisation which is an indication that PML-N government is doing all this deliberately just to destabilise the country. “If we collapsed economically, it would be a disaster without fighting a war.” This was never in the history of Pakistan that IMF, World Bank and any other institution had refused to give loan,” he added. The senator warned that China could pull the plug if no other country wishes to invest in Pakistan,he added.

494 thoughts on “Heading towards bankruptcy”