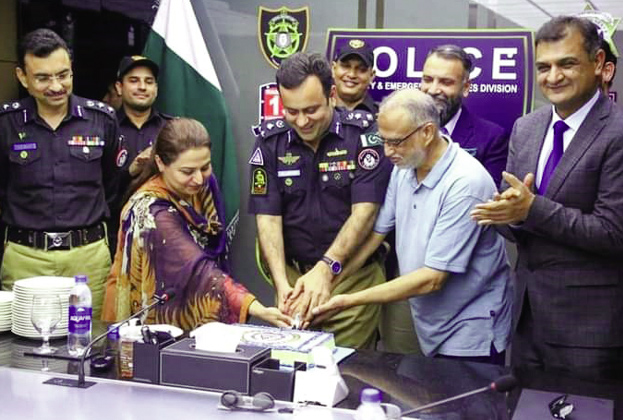 Dr. Asim Hussain while welcoming project commented that Safe City idea exemplifies a one-stop-shop answer for every one of issues identified for well-being of public. It empowers unique frameworks to arrange and work together with each other to build up an instrument of effective policing for current urban areas. Its different advantages incorporate a decrease in reaction time in an event of crises, quick service conveyance, constant checking of potential security dangers at key areas, convenient goals of traffic-related issues like mishaps, blockage and stifle focuses, successful management of crowd and uproar control.

He said that in contemporary world idea of development is not just to enhance per capita income but to increase ‘Quality of Life’ of people. Safety and security of citizens is one of most vital factor among other major factors such as health, education and environment associated with ‘Quality of Life’. No country can prosper and grow in terms of economy without providing sense of public safety and security to its people.

Dr. Asim said that safe cities vision is to make an Integrated Command, Control and Communication Programme (IC3) which gathers and disseminates data and information with various sources for example government offices, executives of traffic management, intelligence agencies and other private and public entities. Aside from upgrading capacity to react rapidly to a crisis circumstance, it incredibly diminishes pressure on state and its assets as data is stored centrally and activities are coordinated through a central authority. Safe city speaks to brilliant policing where capability of cutting edge innovations is outfit and ability of law administration groups is upgraded so as to make urban environments safe, he added.

DIG Security and Emergency Services Division Dr. Maqsood Ahmed has been handed over additional charge of DG Sindh Safe Cities Authority. Project cost was earlier estimated at Rs 44 billion but has been reduced to Rs 22 billion approximately. In first phase 4,000 cameras will be installed at various points of city along with up-gradation of 2,000 existing cameras. While in second phase 6,000 cameras will be installed across city. According to DG SSCA it will be a historic and beneficial project for people of Karachi in terms of security and surveillance, based on meritocracy and 100 percent transparency.