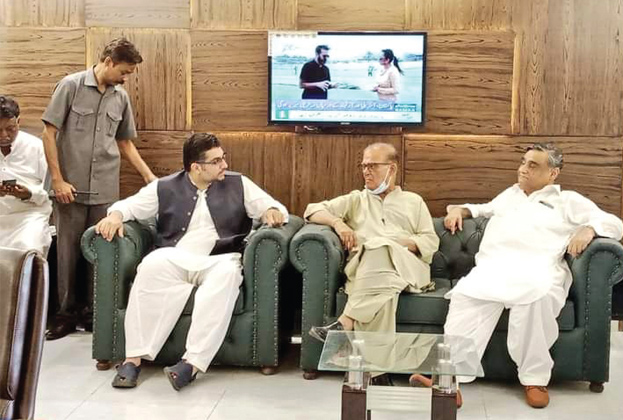 KARACHI: Pakistan Peoples’ Party senior leader Dr Asim Hussain announced 20 percent increase in salaries of District Central employees owing to their hard work. Addressing a function held at District Head Office in Nazimabad, Dr Asim said that he is looking ahead to make Central District a model vicinity in city and this increase in salaries will surely motivate the employees to work with more determination and sincerity. Moreover, he has managed to get a special package of Rs 3 billion from Sindh government for development.

Sewerage system was so worst that life seems worse than that of prisoners. Dr. Asim referring to management of Central District said that corruption was rampant in past, fake bills were being passed in various fields and such practices would now be dealt with an iron hand.

In past, at one side, finance department of company was losing money and on other hand, corrupt recovery officers and staff were messing with collection of taxes. It was getting late. However, he does not want to allow any corruption to take root now. Deputy Commissioner Central District Taha Saleem expressed his gratitude to Dr. Asim for his welcome steps and sentiments regarding Central District and Municipality. Taha said that he has been urging officers and staff of his organisation to perform at their best and assured them to take all possible steps to eradicate all forms of corruption from organisation while meeting expectations of Dr. Asim Hussain. Employees thanked Dr. Asim Hussain and Administrator for their sincere personal interest in making it possible to increase salaries of employees at such a time when infaltion is skyrocketing.