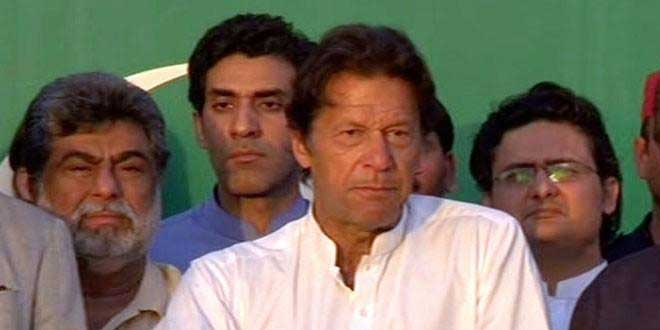 One wonders what the Chairman of Pakistan Tehrik-e-Insaf Imran Khan is up to when he yesterday linked the grant of bail to Dr Asim Hussain by Sindh High Court with a deal between the PML-N and PPP leadership. The much publicised statement of Mr Imran yesterday not only raised many eyebrows but also raised few questions that what Imran Khan is trying to say between the lines. The statement, which looks simple and political, should not be taken “Statement Simpliciter” easy as it falls under contempt of court as on the one hand the Pakistan Tehrik-e-Insaf (PTI) leader is claiming that it is a part of the deal between two political rivals but does it not mean that Mr. Khan is also accusing the judiciary of being political and giving judgments on the deals instead of deciding the cases on proofs and merit. Is Imran saying that the judiciary is also part of the deal? Irony of the matter is that after all the media hype created by this statement not a single person pointed out that this statement amounts to contempt of court and a suo moto has become due over it. That’s why the saying goes think before you speak as sometimes a single slightest mistake can take a person into hot waters which may be in the case of Imran Khan, as this statement had not only hurt the sentiments of the people but has also put a question mark over the working and performance of the judiciary, which without any doubt nowadays is free and people have faith in their decisions. Not only in the case of Dr. Asim Hussain’s bail, Imran Khan also referred the cases of formed federal minister Hamid Saeed Kazmi and the model Ayan Ali’s decisions a part of the so-called deal.