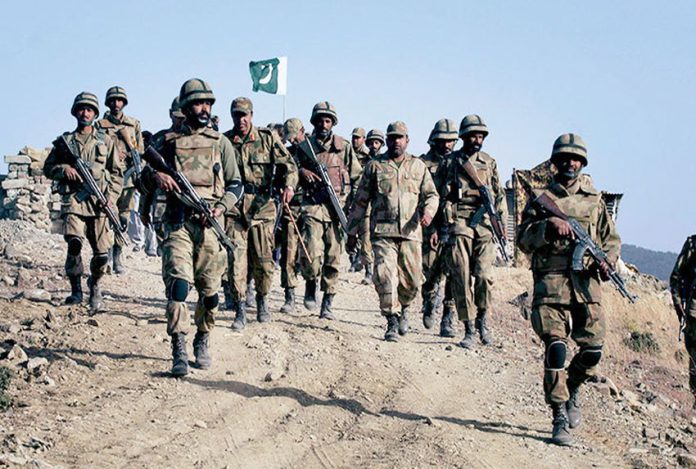 Karachi: Pakistan Peoples’ Party leader and former Petroleum Minister Dr Asim Hussain said that nation would never tolerate any smearing campaigns against the Armed Forces and state insitutions. He said this in response to the recent spate of such maligning attempts and deplored it. Commenting on top military brass taking notice of recent propaganda campaign by some quarters to malign Pakistan Army and trying to create divisions between institution and society, Dr Asim said that as a nation we expressed complete confidence in our Army as it always upholds the Constitution and rule of law at all cost.

Talking exclusively to ‘Daily National Courier’, he said that country is facing security challenges and role of our armed forces by taking measures to counter traditional and non-traditional threats is praiseworthy. We are as a nation with our Army and pay rich tribute to supreme sacrifices of officers and soldiers to ensure security of borders and safety of people. He said that we understand that Pakistan Army is aware of its responsibilities and will continue to defend territorial integrity and sovereignty of Pakistan against all internal and external threats under all circumstances.

Senior PPP leader also wrote on his official Twitter handle “I strongly condemn the propaganda against the Armed Forces of Pakistan. Such campaigns part of a nefarious plot to jeopardize national integrity, destabilize the country and cause a divide among its people. We stand by the Pak Army that has sacrificed its lives for this country.”