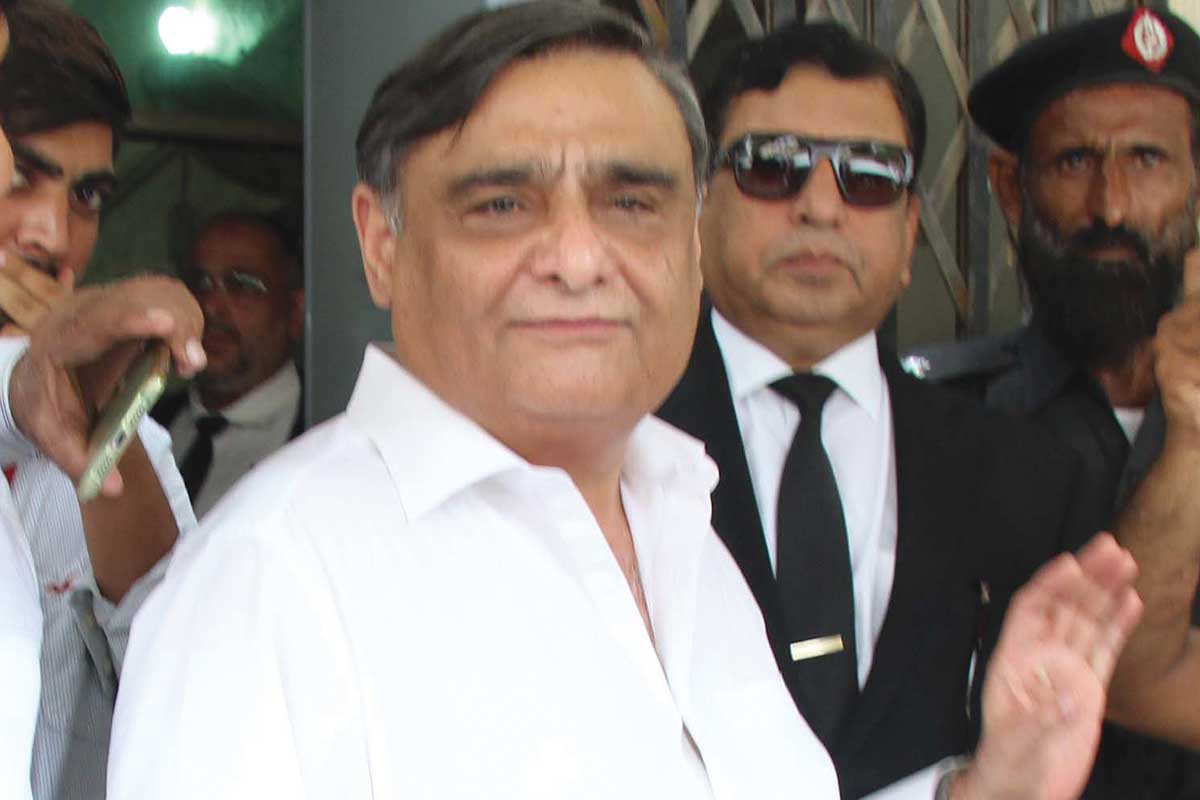 ‘WE HAVE REFUSED TO ADMIT SHARJEEL AGAIN TO ZIAUDDIN HOSPITAL’
KARACHI: Pakistan Peoples’ Party leader and former federal minister for petroleum Dr Asim Hussainhas said that ‘We are with Imran Khan as he is the elected Prime Minister and we cannot change the reality.”

He was talking to the media outside the Accountability Court yesterday after appearing in the NAB reference No. 19/2016.

Dr Asim said, “Whatever Imran Khan is doing against corruption, we stand beside him as he is the elected prime minister of Pakistan but it is necessary that no one should be victimised politically,” adding fake cases were registered against him which should be reviewed.

Replying to a question about the incident regarding PPP MPA Sharjeel Memon, he said it was not the responsibility of the management of Ziauddin hospital. “We were responsible for his treatment only, remaining matters were in the hands of the court police, not ours. They requested us again recently to provide him (Sharjeel) treatment but we refused to admit him and informed the authorities that our machines are not in working condition.” To another question, he said I was not looking after him as a doctor therefore I am unable to say anything about his ailment.

Commenting on money laundering charges against PPP leadership, the former minister said, “We will see when the cases are put before the court and facts are brought on record.”

“For dam construction project I stand with the nation and I have announced to donate my salary, vehicle, all perks and privileges for this purpose. I will request the Sindh government to donate all such amounts on my account to the dam funds. I will not take even a single rupee from perks and privileges on account of the Chairman, Sindh Higher Education Commission.

The total amount should be diverted to the proposed project because dams are more important for us,” Dr Asim added.

“I will also urge Imran Khan to ban the imports of all expensive and lavish food items consumed by the Pakistani upper class only, as it amounts to over 10 billion dollar per annum, and save this huge amount for the national and vital projects,” he said.