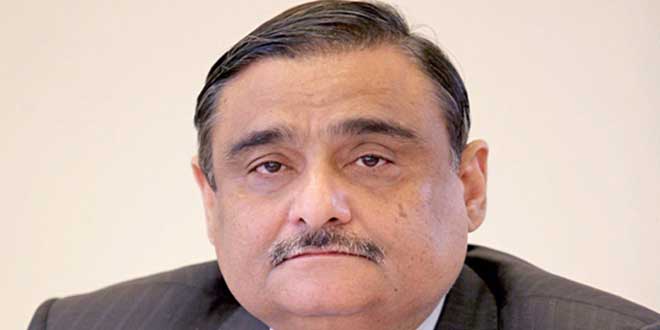 KARACHI: The Accountability Court-IV yesterday reprimanded the Prosecution Witness Mohammad Akram during the hearing in NAB reference No.13/2016 against Dr Asim Hussain and others, on various counts and ordered to produce the original documents. Next date is fixed on 7th October. The co-accused Athar Hussain, Safdar and former secretary petroleum Aijaz Choudhry were present in the court while Dr Asim was unable to attend due to his treatment in London. During the hearing Prosecution Witness (PW) Mohammad Akram, the UBL manager submitted few more documents including account details of Dr Asim’s daughter Nida Hussain and wife Dr Zareen Hussain in addition to the bank accounts of Ziauddin Hospital. Defence lawyers for the former petroleum minister Dr Asim Hussain recorded their objections and demanded to provide copies of the newly submitted records in the same working order. They urged to check the veracity of the witness’ documents whether those were related to the case or not. It may be mentioned here that in the previous hearing also, the Defence lawyers had pointed out different discrepancies against the PW and he was granted further time by the court. The Presiding Officer after observing the record reprimanded the NAB Witness Mohammad Akram for submitting incomplete index and said that after taking oath he was misguiding the court and wasting its time. If he did not behave he could be sent to prison. He should learn the ethics being appearing as a witness against any person, the Judge remarked. The court further observed that it should decide on the basis and examination of the record submitted by the prosecution. The next date for hearing was fixed as 7th October. The hearing of another case against the President PPP Karachi Division Dr Asim Hussain and others in the Anti Terrorism Court is due on 14th October at 1 pm.