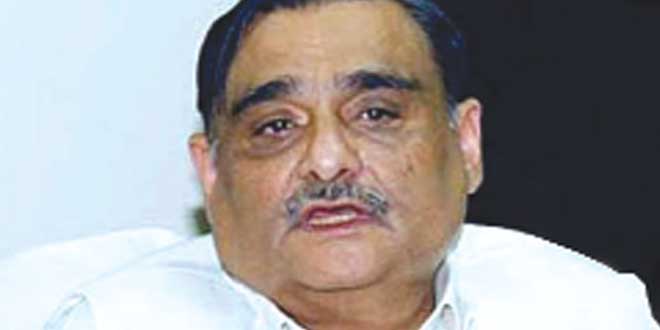 KARACHI: Chief Minister Sindh Murad Ali Shah yesterday met former petroleum minister Dr Asim Hussain who is under treatment at the National Institute of Cardiovascular Diseases (NICVD).  The chief minister inquired about the health of Dr. Asim and discussed several issues of mutual interest. It is to note that last Saturday Pakistan People’s Party (PPP) Co-Chairman Asif Ali Zardari also met Dr Asim Hussain for the third time since he returned to the country on December 23. Dr. Asim Hussain is currently facing various cases. He was arrested in August 2015. The PPP has maintained that the cases are politically-motivated and that Dr. Asim is being treated unfairly. Zardari has said that he hopes that Dr. Asim will be freed soon. Dr. Asim suffered a paralytic attack in October 2016 after which he was admitted to the Jinnah Hospital. Later he was shifted to the National Institute Cardiovascular Diseases on December 19 where he has been under treatment ever since.