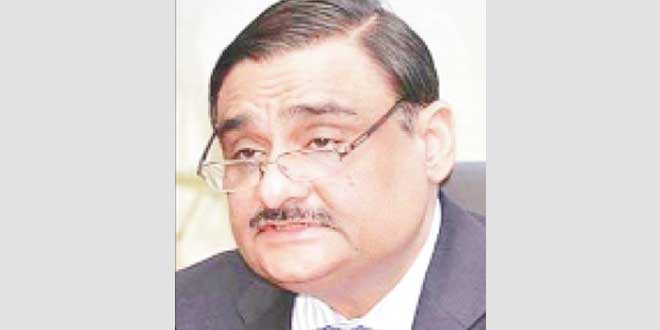 KARACHI: The illegal detention of Dr Asim Hussain became a focal point in yesterday’s session of the Senate. The Pakistan People’s Party Senators debated the issue of Dr Asim Hussain’s arrest urging that there should be a clear difference between accountability and the political victimization. Former Interior Minister Rehman Malik viewed that on the one hand Dr Asim was kept under detention for 90 days by Rangers and after that the infamous National Accountability Bureau (NAB) took another 90 days for his custody. Senator Aitzaz Ahsan said a political prisoner does not need to escape from the country under any agreement. Taj Haider said that the law formulated in order to use against terrorism was being implemented against political activists “which is very unfair”. Senator Sherry Rehman stressed that Dr Asim Hussain by all means and meaning is a political prisoner. It may be mentioned here that Senate Chairman Raza Rabbani had summoned the session of the Upper House of parliament requisitioned by the opposition to take up several crucial issues, including a bill about the continued detention of PPP leader Dr Asim Hussain. Instead of mentioning in the agenda the name of Dr Hussain, a former adviser on petroleum and natural resources to the prime minister, the opposition has sought a debate on the issue of “political prisoners”. Talking to media, PPP spokesman Senator Farhatullah Babar admitted that by including in the agenda the issue of “political prisoners in the country”, the party wanted to highlight the prolonged detention of Dr Hussain. He said that by requisitioning the Senate session, the opposition had proved that it wanted to see the resolution of all the issues through parliament.