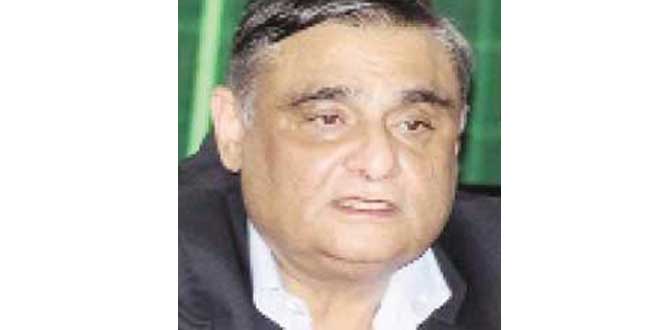 ISLAMABAD: The Supreme Court yesterday came down hard on the officials of the Ministry of Interior for not removing PPP leader Dr Asim Hussain’s name from the Exit Control List (ECL) despite speaking orders. A bench comprising Justice Mushir Alam and Justice Qazi Faez Isa took strong exception to a notification permitting applicant to travel abroad, instead of removing his name from the no-fly list. Dr Asim’s lawyer Sardar Latif Khosa arguing the contempt of court application submitted that the government allowed his client to travel abroad, but did not remove his name from the ECL. Dr Asim through his counsel had filed an application, requesting the apex court to initiate contempt of court proceedings against the interior secretary for flouting its orders with regard to removal of his name from the ECL. In his plea, he stated that the authorities had not removed his name from the ECL, which is flagrant violation of the apex court’s order. On Nov 16, the apex court had granted Dr Asim permission to travel abroad on the medical grounds. It directed the authorities concerned to remove his name from the ECL. The bench “We had ordered you to remove the applicant’s name from the ECL, but you issued him a permit instead,” observed Justice Isa while addressing the additional interior secretary who appeared in the court in response to its notice. Justice Mushir clarified that the court had ordered the authorities to permanently remove Dr Asim’s name from the ECL and his name should not be placed on the ECL again. On which, the additional secretary assured the bench that the PPP leader’s name will be removed from the ECL. At the outset of the hearing, the judges became visibly irked when a section officer of the interior ministry appeared before them without any reply from the secretary and ordered a federal law officer to submit the secretary’s response within an hour.