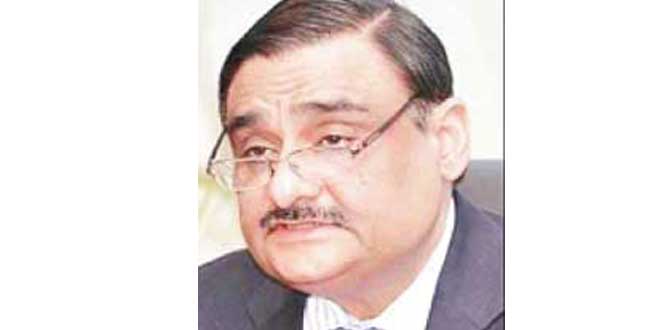 KARACHI: Pakistan People’s Party leader and President Karachi Division, Dr Asim Hussain has said that the rulers are busy in minting money and PML-N record shows that this party has always framed fake cases against the opposition parties and now they reaping as they has sowed in the past. Rulers’ misdeeds have compelled them to face the music in JIT, he added. Talking to the daily ‘National Courier,’ Dr Asim stated that the PML-N rulers’ corruption has earned bad name for Pakistan all over the world but they are not bothered at all. Replying to a question regarding Abid Sher Ali demanding the formation of JIT on Ayyan Ali and him, Dr Asim said, “Abid had forgotten the deal he had struck with me.” Abid Sher Ali had mocked the opposition and said that the Joint Investigation Team (JIT) formed to grill Prime Minister Nawaz Sharif and his family should also include Dr Asim Hussain and Ayyan Ali. He had passed such a statement after Pakistan Peoples’ Party (PPP) had decided to reject Panama case verdict announced by the Supreme Court. It may be mentioned here that in response tt Abid’s statement, PPP leaders Nabil Gabol and Maula Bakhsh Chandio demanded formation of a joint investigation team (JIT) to probe corrupt practices of Abid and his father Chaudhry Sher Ali. Gabol had called the minister and his father commanders of militant wing of PML-N. Chandio said he could not use the language as used by the state minister. “Political workers do not use such language,” he added.Chandio maintained that PML-N had distributed sweets before reading the Panama judgment even though it was against the prime minister. “It looks like the prime minister has directed his ministers to speak against the leadership of political parties if they want to remain ministers,” he said. Chandio enquired of the PM, “What would the world say? A JIT has been formed to investigate the prime minister.” He claimed the PPP has never made backdoor deal with anyone. Moreover, Sindh Home Minister Sohail Anwar Siyal had said, “People like the interior minister and Abid are anti-democratic.” He reminded the PML-N leadership of “days when the current premier was behind bars and trying to negotiate a deal with the military dictator for a safe passage. Where were both these PML-N leaders when Nawaz Sharif was being sent into exile?” Siyal asked while claiming that it was the PPP who helped in ending exile of Nawaz Sharif.

262 thoughts on “PML-N rulers facing music in JIT due to corruption: Dr Asim”