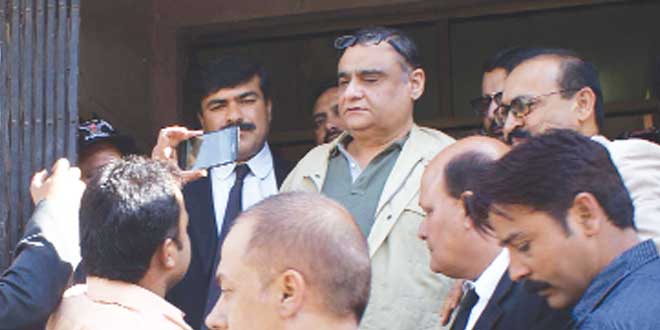 KARACHI: The hearing in NAB reference No.13/2016 against former petroleum minister Dr Asim Hussain and others was adjourned till Feb 25 by Accountability Court IV here yesterday. The prosecution witness UBL Manager Muhammad Akram recorded his statement about various accounts of Dr Asim Hussain, Ziauddin Hospital, Ziauddin University and other personal accounts. He said that he has submitted all details of six relevant accounts. Defence counsel Amir Raza Naqvi appeared on behalf of Dr Asim Hussain. Owais Jamal Advocate, defence counsel for another accused Ather Hussain, stated on behalf of his client that he had no role whatsoever in any kind of land transactions or land allotments. He was never issued any show-cause notice nor his statement was recorded except his signature on note sheet for allowing lease documents as the DO land management CDGK and the land was allotted in 1994 and further restored by the order of SHC in 2001 and he was not the allowing authority and did not restore the land. He said the lease documents of the said land were prepared on November 6, 2000 but were signed in year 2003. The prosecution counsel did not oppose Owais Jamal Advocate. The court directed the NAB Prosecutor to produce on next date the original file of the plot.

410 thoughts on “Ather behind bars for giving time: Defence lawyer”