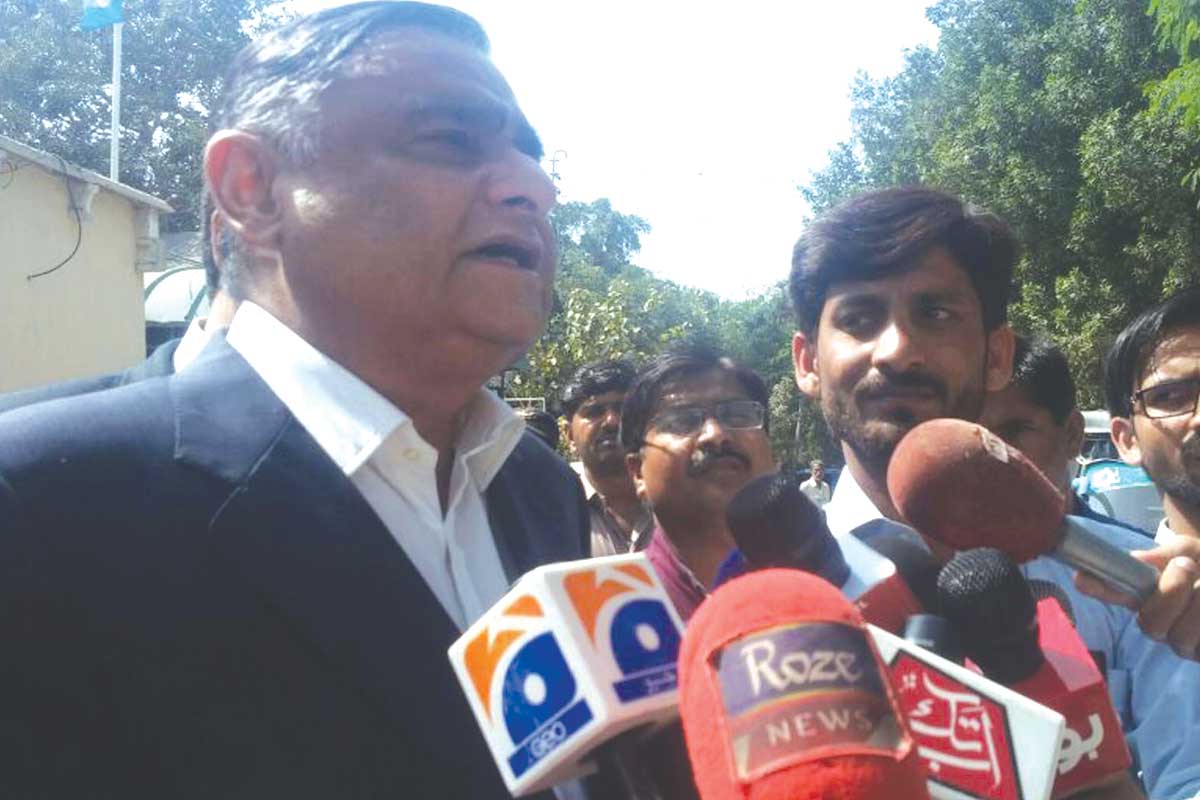 GOT RELIEF FROM COURTS NOT FROM GOVERNMENT, SAYS DR ASIM

KARACHI : “We are with the Chief Justice and I will personally extend my full support along with my party to get rid of such (PML-N) people. Neither they do behave as parliamentarians and nor they have any support within themselves or from other parties. Jati Umra’s raj is not acceptable.” Former petroleum minister and leader of PPP, Dr Asim Hussain said this yesterday outside the accountability court while replying to questions from media members about Supreme Court’s judgement against Muhammad Nawaz Sharif.

Earlier, Dr Asim appeared before the accountability court in NAB reference No.13/2016 where the hearing was fixed for next date of 2nd March.

The former minister commenting on the changing political scenario said that Sharifs are fighting with institutions and people of Pakistan. They bring the  people in public meetings  spending money. Interior minister Ahsan Iqbal says that he had facilitated me and Raja Pervez Ashraf. This is wrong, I got the relief from  courts only, he added.

Dr Asim further stated that the PMDC case is another fallen wicket of the govt. The health minister hurled  allegations  against me and says that she hasn’t done anything wrong. She  in fact wrote a  letter to the ministry for removal of moratorium and directed the PMDC to remove moratorium and soon after that twelve medical colleges were opened besides 16 more colleges with her patronage while the PPP govt. had imposed this moratorium. The signatories of that letter could be easily traced. This is an open end shut case. Tomorrow CJP is hearing this case in Lahore, he said.

PML-N claims that they are in politics since last century, this is a wrong claim. Instead, we are in politics since a century, in 1919 my grandfather Sir Dr Ziauddin was the member of legislative assembly of India. All India Muslim League was established in 1906. They (PML_N)  came into being in 1980’s by a military dictator, Dr Asim Hussain concluded.