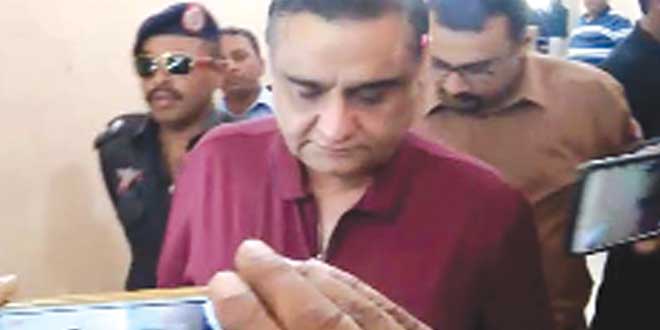 HEARING IN DR ASIM CASE PUT OFF TILL 14TH

KARACHI: The Accountability Court IV in the JJVL reference against former petroleum minister Dr Asim Hussain and others recorded the objections raised by defence lawyers against the statement submitted by NAB counsel and the IO yesterday, while the next date of hearing was fixed for 14th December. Azhar Siddique Chaudhry, the defence counsel on behalf of one of the accused Basharat Mirza, while raising the objections on a statement submitted by NAB Karachi Senior Investigation Officer said that he (SIO) had examined and recorded the statements of 33 witnesses from SSGC and OGDCL but mentioned the names of only 9 (nine) witnesses on court record of Reference No. 19/2016 submitted on 3-12-2016. This is malafide on the part of NAB, he said. Azhar expressed his surprise that the IO involved the former petroleum minister as accused but ignored the Secretary of petroleum ministry and other officials, including members of the board of directors. The defence counsel further stated that according to his information, the IO had also called the remaining 24 witnesses, examined them and recorded their statements but deliberately did not place on court record just because those statements were not in his favour. He said that u/s 161 the IO has to record all the statements but he is biased and unfair with the case. The defence counsel for another accused Zuhair Siddiqui, objected that the IO misled the court by stating that he has recorded the statements of persons for whom he took remand from the court but today he is saying that he did not record the statements.